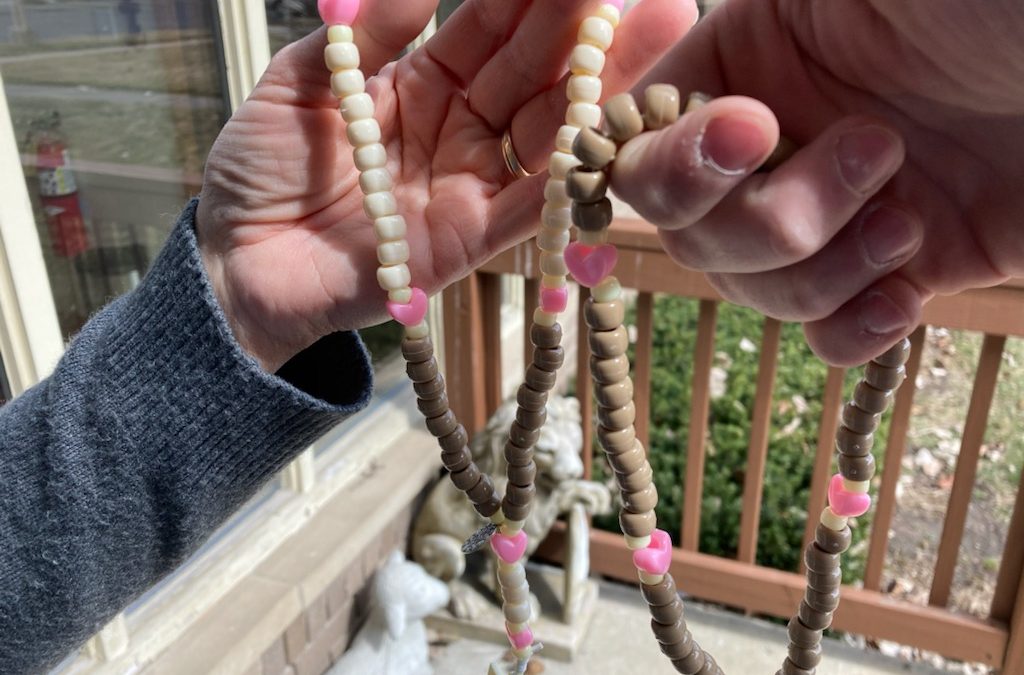 Boise, ID. Today we’re featuring part two of a two-part story from our team that tried to bring Idahoans the chance at a new Life lovingly offered from Our Lord.

A boy, 5-7 years old, came to us and very politely asked for a Rosary. While he was making his selection, his father pulled up on his bike, pulling a toddler-aged girl in the trailer. The dad said he knew all about the Rosary because he had attended Catholic school for 13 years. Chuck asked him to think about returning, while Lucy encouraged him to pray the Rosary together with his son. The boy politely thanked us again as they left.

Next, a group consisting of a middle-aged man and a college-aged couple stopped for a visit. The woman chose a Rosary made out of heart-shaped beads. The young man chose the identical Rosary next to it. The woman is Catholic and promised to show the man beside her how to pray it. I don’t think the older man took one.

Last but not least, a group of three college-aged people, two men and a woman, dropped by. They wanted Rosaries and seemed familiar with them. The woman wished churches were open again for Mass, so we assured them that they were, and Lucy gave them a map of area parishes that also showed Mass times and contact info. After each had chosen a Rosary, the man asked us to pray for him because he is seeking happiness. We prayed, asking Jesus to grant him the wisdom to know what he needs to do. May they all seek the only true happiness, in God.

Praised be Jesus Christ! Please pray for our Boise team, and ask God to send people to them with hearts prepared to perceive their need for Our Savior Jesus Christ and His Holy Catholic Church, and that much good fruit for His Kingdom comes from their efforts.