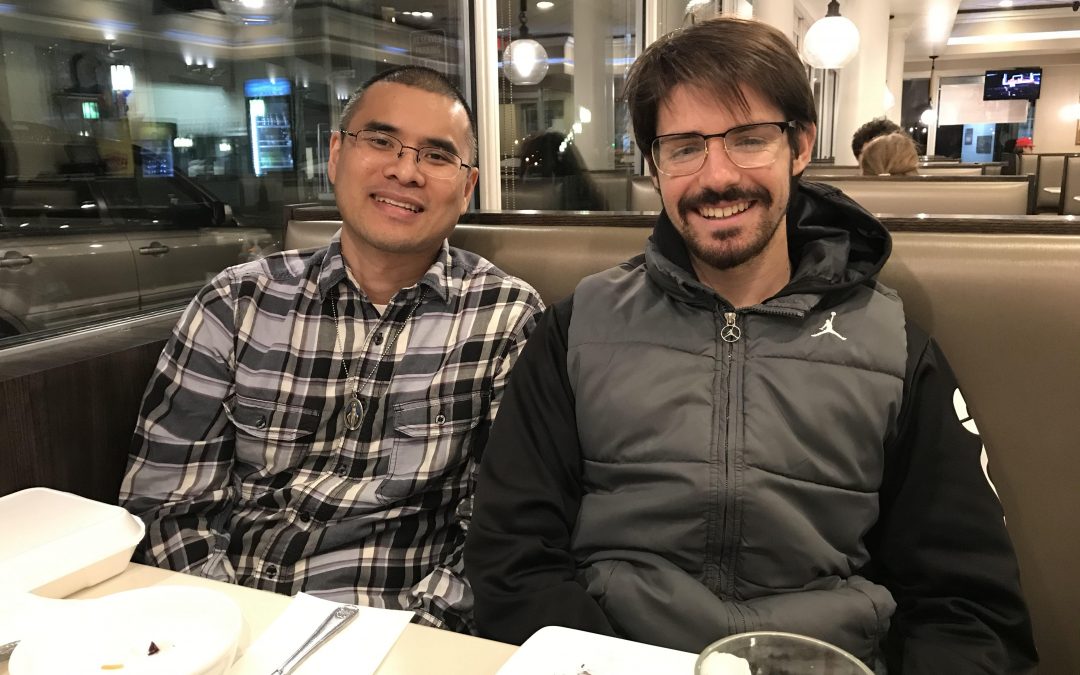 A man walking by stopped and said, “Yes I need prayer. I’m going through an unbelievably hard time!” “Jerry” revealed that his daughter was in and out of the hospital for an eating disorder and he was at the end of his rope. We assured Jerry that God hears our prayers and is a God of miracles. He revealed that he was Orthodox Christian and was open to prayer. We said a sincere prayer for his daughter Sara’s healing and gave him a Miraculous Medal and Gospel card. He was so thankful and knew this meeting was no coincidence and couldn’t believe it. We assured him that we believed the same and God was working on his daughter right that second. Most of all, God wanted him to grow in his faith, be a shining example, and offer up his powerful prayers for her. As Jerry talked more about what Sara was going through we offered to pray with her in person, explaining the positive and even miraculous fruits of prayer ministry that we’ve seen. He gladly accepted our contact info and said she just might be open to it.

Judy stopped by with her two daughters and asked what church we were from. She said that her husband was a local family pastor and her daughter was becoming a missionary. We talked about our respective churches and the wonders that God works in our lives. We gathered in a circle and prayed for healing for Judy’s metal rods in her back and her family’s mission. We gave them Miraculous Medals and explained the simple motherhood of Our Lady and she agreed it was meaningful. After even more conversation and prayer they thanked us for being out there and went on their way.