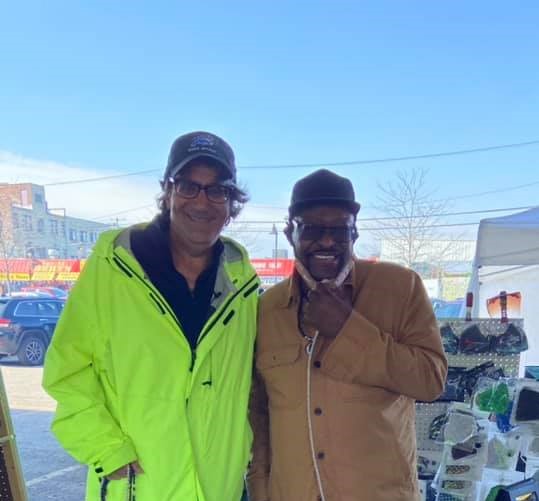 We had a great turnout last weekend for our Eastern Market outing. We were joined by SPSE director Bob, along with School of Evangelization instructor Randy and two of his students, Denise and Mike. It was an opportunity for them to sharpen their evangelization skills as their school year begins to come to a close.

Three of us (Bob, Denise, and I) chose to stay at the table while two (Randy and Mike) went over by Shed 5 to evangelize. While at the shed, Randy met a man named “Bret”. As they talked, Randy expressed to him “one good reason” why he chooses to be Catholic. At the end of their conversation, Bret, the son of a Baptist minister, said he is more than ready to become Catholic!

Back at the table, Denise, Bob and I met three young siblings (almost teenagers) who each wanted a Rosary. They were very polite and listened to everything we had to say. We all noticed that they all had very beautiful eyes, and told them so. We pray that they all let their heavenly Mother guide them to the Catholic Church through the Holy Rosary!

At one point, I noticed Denise had brought a fisherman’s tacklebox and had organized different saint medals in each compartment where a fisherman would normally keep different lures. What an ingenious way to store medals, and so fitting since we are out “fishing for souls”.