“Evangelizing On The Move” 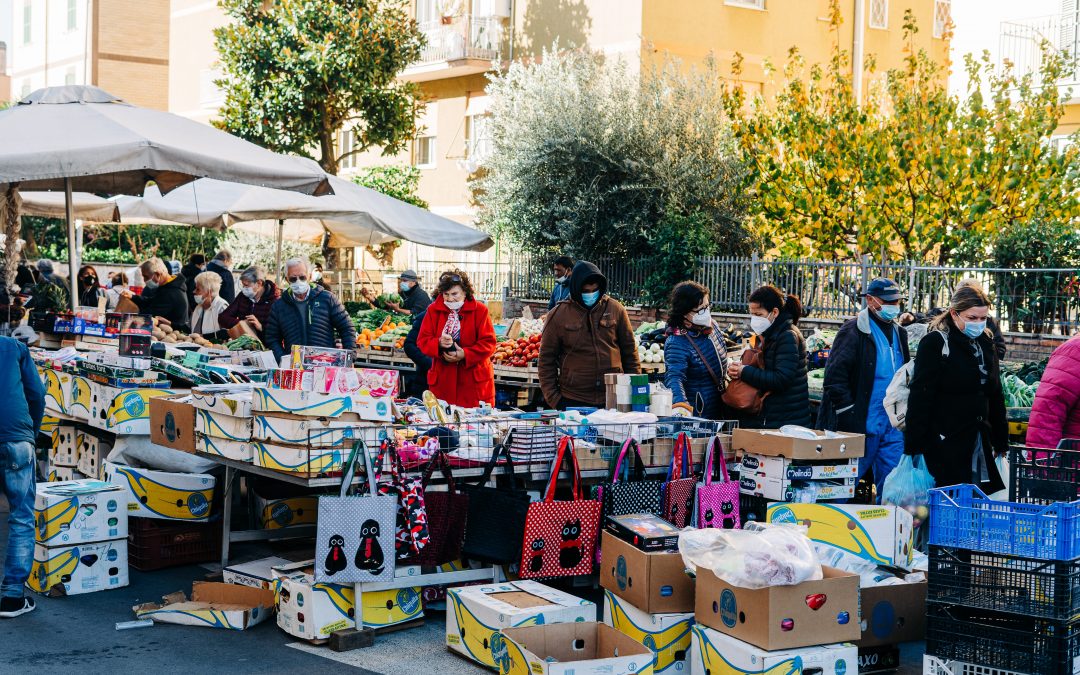 We had a good outing this past Sat. morning evangelizing at Suwanee Town Center. The Farmers’ market was the main event which always brings good foot traffic. It first appeared as if it wasn’t going to be a good day. Shortly after we set up our table & sign, said our opening prayer, one of the officials told us we weren’t allowed to have the table set up due to a city ordinance. She indicated that we were free to walk around and greet people but just couldn’t have a table. I thanked her for informing us and promptly complied. We quickly had to come up with a plan B. Thankfully, God’s plans are better than our own. So we packed up our stuff and put it back in our car, kept a handful of rosaries, Miraculous Medals, some pamphlets and proceeded to engage souls on foot in the Farmers’ market. We gave away about 8-10 rosaries and pamphlets on how to pray the Rosary and had a couple of meaningful encounters:

Met a friendly Protestant couple who accepted our rosary and pamphlet on how to pray it. They’re currently attending C3 church in Gwinnett County. We chatted about attending church services in person. They mentioned that they’d been attending services virtually for quite some time. I noted that we’d been attending in person (in limited numbers due to social distancing). I shared with them the significance for Catholics of receiving the sacrament in person and the grace that comes from that, which is just not possible in a virtual scenario. They seemed to understand the difference. It was a very nice exchange overall.

Spoke with a young man named “Mark” who was pushing his 15 month old son through the market in a stroller. He accepted our rosary and after asking if he was Catholic, he shared that his mom was Catholic and dad was Lutheran. It seemed he was raised mostly Lutheran, but had attended Catholic schools at one point and enjoyed studying the faith. He’s now attending 12Stone, a progressive praise and worship church gaining popularity in Georgia. We discussed the similarities between Catholic and Lutheran liturgies and the common belief of the true presence (which he’s not currently receiving at 12Stone). I decided to try out my “One Good Reason” pitch that I’d been practicing on why the Catholic Church’s liturgy reflects God’s desire for worship as revealed to us in scripture. He was very attentive and engaged in the dialogue. I provided him a schedule of our Holy Week services and asked him to visit us at Saint Monica anytime.