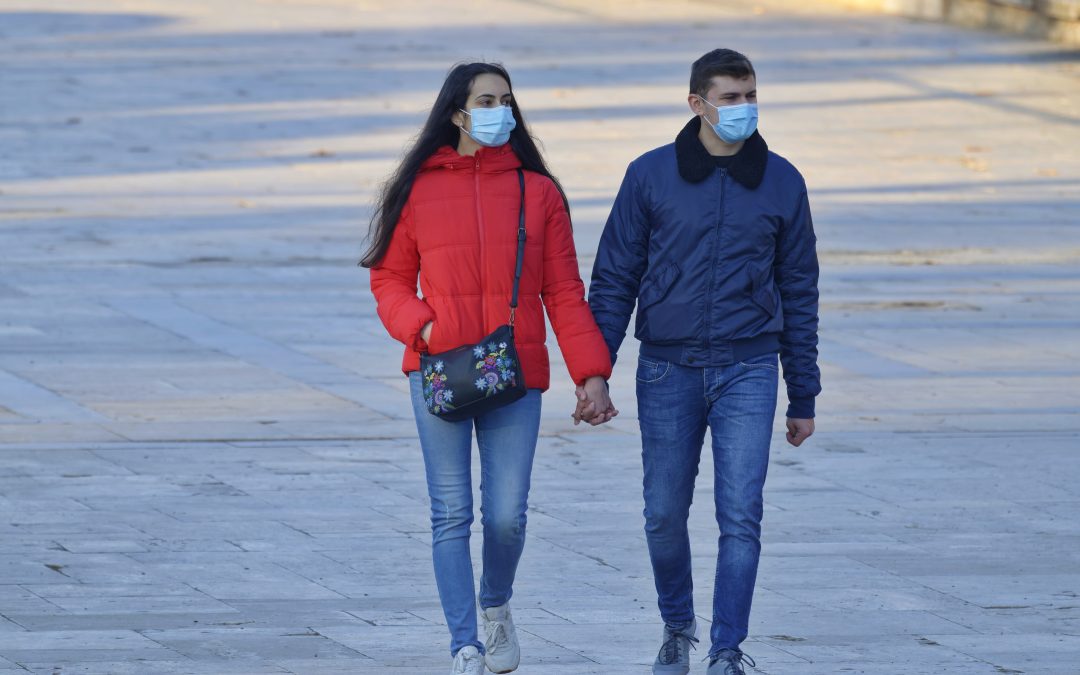 A man stopped on his way out of the hockey rink. Already Catholic, he had “plenty of Rosaries”, but said his parish was shut down and he was tired of watching Mass online. Learning that area churches are indeed open, he then expressed his concern for taking his immunodeficient wife. Chuck let him know that his parish has Masses where exposure can be minimized. I gave him our map with contact info. He gladly accepted. May they come home for Easter!

A non-Catholic Christian stopped. The woman stood at a distance as the man came to talk to us. He said he didn’t know what a Rosary was, but wanted one because his “girlfriend prays it”. Once he got an explanation of the devotion, he was willing to try it himself. He then asked for a matching Rosary for his girlfriend. May they draw closer to Christ in prayer!

A man who slowed but didn’t stop told us he had grown up Catholic, but gave it all up, and was now “just spiritual”. In fact, he had put together his own religion based on being just spiritual. Then a couple with a small dog went by. The man said he didn’t need a Rosary because they all (including the dog) believed in a pantheist/atheist religion. May they and the previous man turn from themselves and choose You, Lord, the Author of Life.

A couple, with a baby in the stroller went by. The father hung back to get a Rosary. He listened to the explanation, then asked for one for his son. I asked if he thought his wife would like one, too, gesturing to the woman waiting with the stroller. “Yes.” I then urged him to get the whole family praying it together daily.