“Always Something to be Grateful For” 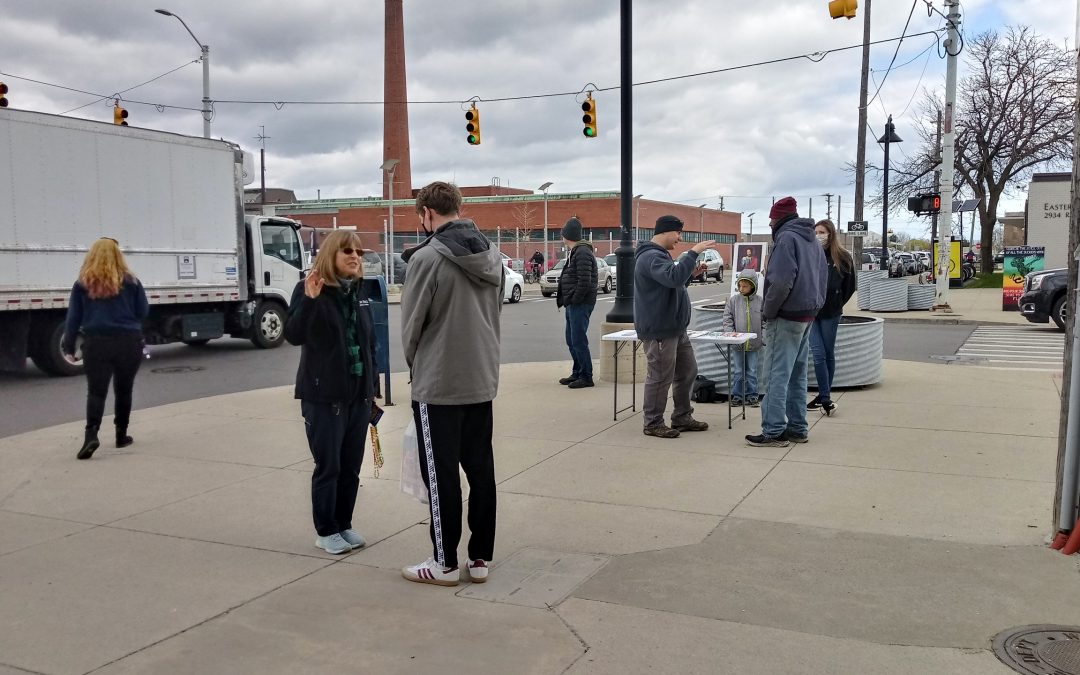 Click here to read more stories from our SPSE National team in Warren, MI
The following report comes to us from evangelist Michael with our team in National SPSE team:

We had a great turnout today, with our founder Steve and his son, Mark, Beth, and I making it out to evangelize, and Lexa coming out to video record some of our outing.

A Catholic mother stopped to ask for prayers for her daughter who has joined a cult, so Mark took some time and offered up her intentions to God. There’s always something to be grateful for, and in this case we’re thankful that the daughter is still in contact with the family.

Mark and Lexa talked patiently with a man, who appeared to be homeless, and listened to his unconventional beliefs about God and the afterlife. Mark tried to reason with him about basic things like Heaven and Hell, but the man was pretty set in his ways. May God help him see the truth.

Steve was charitably honest with a man who said he would eventually return to church at some point. Steve reminded him that none of us know when we’ll die, and that he could be hit by a bus today. Memento mori!