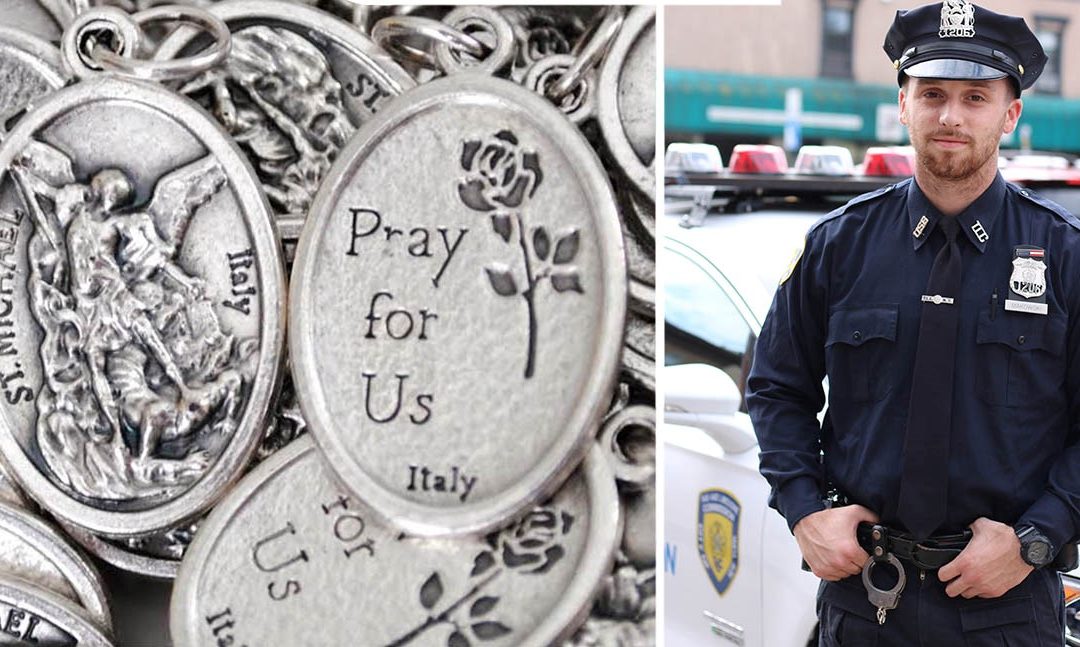 Click here to read more stories from our team in Sierra Vista, AZ

The following report comes to us from team leader Ed with our team in Sierra Vista, AZ:

Sadly, my brother-in-law recently passed away and his funeral was in Los Angeles on the feast of the Ascension/Our Lady of Fatima. I attended the funeral and brought with me many Miraculous Medals and St. Michael Medals to evangelize while I was there. The funeral director was a young lady and I noticed she didn’t have any medals on. So I asked her if she’d like a Miraculous Medal. She said “Yes!” And she put it on right then and there. Then she mentioned that she was married to an L.A. police officer and asked if I could pray for him. I said I would and gave her a St. Michael medal to give to him (since St. Michael is the patron saint of the police and military.)

During my trip, I was staying with my sister who had lost her husband, and later that evening, the funeral director texted my sister to let her know that my small gesture seemed to be a sign from God. Apparently she gave the St. Michael medal to her husband when he arrived home from work, and he appeared to be shocked! Then he shared something quite interesting from his morning. He was up early before going to work, and found a beautiful song about St. Michael while browsing on YouTube. He felt filled with the Holy Spirit and it brought tears to his eyes. At this point, he asked himself “Why don’t I have a St. Michael medal?” Well, he finished getting ready and went to work. When he arrived home from work and his wife handed him the medal, his jaw almost hit the ground! She called it a “God wink”.