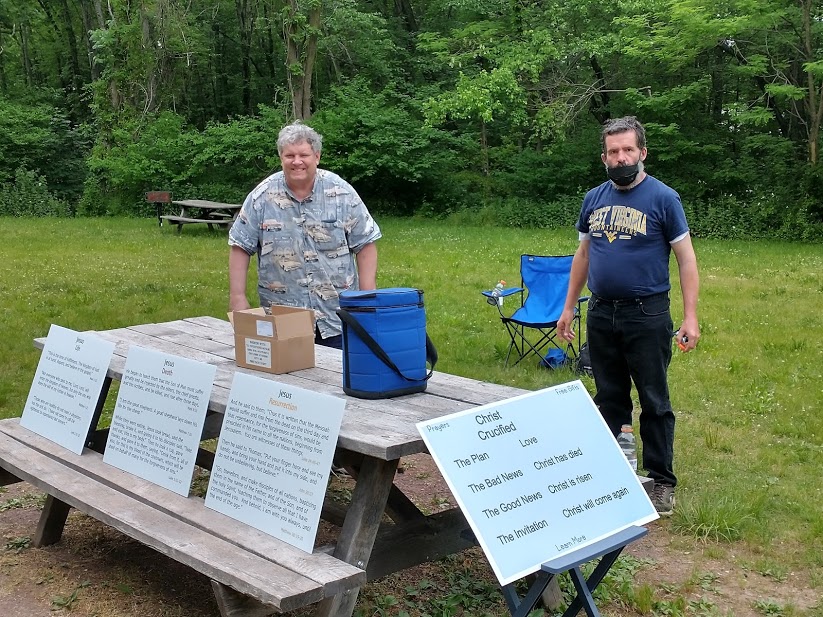 We held our first Street Evangelization event at a local park today. The location was the towpath of the Delaware canal. Not too many interactions, but hopefully we planted some seeds just by people seeing us.
It was over 90 degrees outside and very humid, so unfortunately there was not as much foot traffic at the park as usual. One man riding a bike stopped and had a big smile and asked us what we were doing. When we explained it to him, he smiled again and said that he’d already been resurrected and then pedaled away. We discussed it among ourselves and took it to mean that he had been reborn of the spirit. He was the only person who stopped and talked with us, but we did have a few people look at our signs and talk about it among themselves.

This was our first Street Evangelization event, so we are still learning and experimenting with locations and techniques. As they say, you gotta start somewhere!