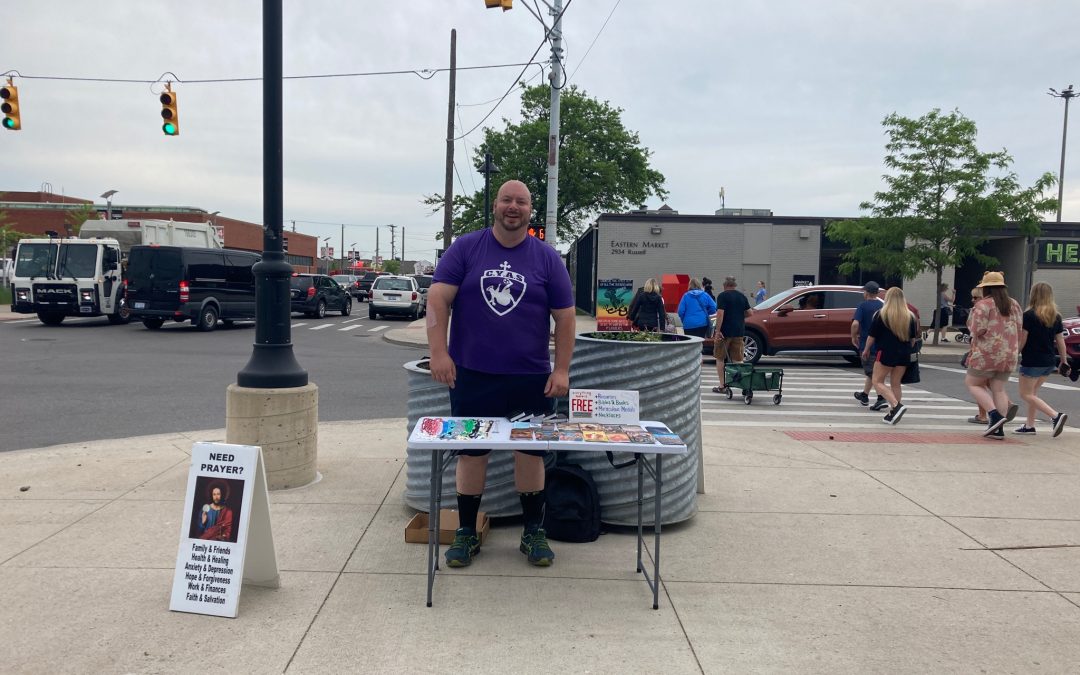 This past Saturday, Mark and I managed to make it out for only an hour, as we both had previous commitments to attend later that morning. We came an hour and a half earlier than normal, and yet Eastern Market was still bustling with activity. And even though we only talked with a few people, it was still worthwhile. Why?

For starters, the first woman we talked to was a mother who urgently sought a means to keep her children in relationship with God. She spotted us, and came over to grab some Rosaries and pamphlets to give to them. When she mentioned that she had just started doing meditation, we told her that the Rosary is a form of Christian meditation. She thanked us profusely for being out there, and went towards the market promising to come back after she was done. When she returned, she grabbed a few more pamphlets. This time we prayed with her, asking that the Lord draw her children to Him. She was very grateful. We had one or two people stop by after that picking up some items, although we had no other significant conversations. However, we were glad we made time to evangelize even with busy days ahead of us. Only God knows how much it might mean to the mother we spoke with, her children, or anyone who just saw us out there.

Later on, a surprise encounter occurred when a large SUV abruptly pulled up and parked right in front of us. I assumed the woman driving was going to the bank we were set up in front of, but she was actually coming to see us! “Natasha” was driving by and saw our sign that said “need prayer?” She got out of her car, approached our table and said “I need prayer. I’m going through a divorce right now.” We prayed for her on the spot, and asked God to give her peace and comfort, and make His presence known to her. She was very appreciative.