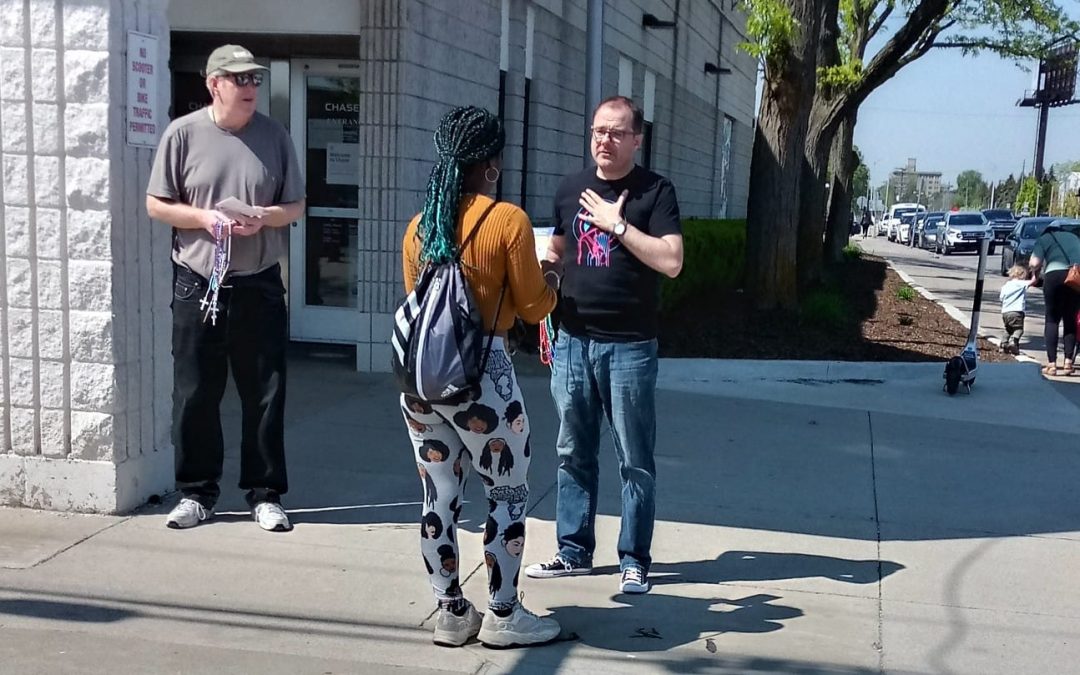 I also spoke to Scott, a gentleman with a camera out to take pictures. He knew about the rosary because he was raised Catholic. He stopped practicing for some reason and now has a “no organized religion” stance. I asked if he remembered the Eucharist. He did. I asked if he remembered the teaching, that the eucharist is really Jesus – body, blood, soul, and divinity. He said he knew that too. I then asked if he realized that only in the Catholic Church can you receive the Eucharist. He knew that too. We ended our conversation in prayer. Please pray that Scott realizes the value of what he left when he walked away from the Church and that prompts him to return.

While I was busy talking to someone, Michael told me that he had someone come up from behind and grab him by the shoulders (which startled him a bit!) Thankfully, it was a gentleman that simply wanted to thank us for being out there and sharing the love of Jesus and the truth of His church. Another man simply looked up from his place in line at the bank and smiled. I went up to say hello and he was so glad to see us. He accepted a rosary and prayed with me. That really sums up our outing, there were many people of faith who were generally grateful for all that God has done for them and they were glad we were out there talking and praying with people.