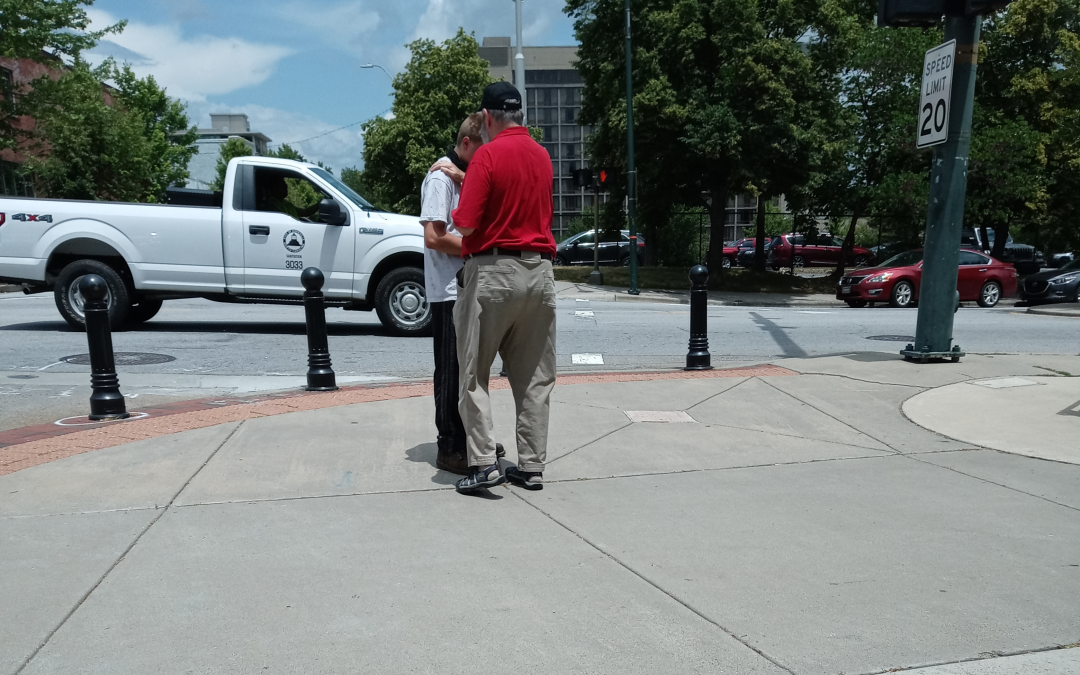 Michael and I recently decided to go to downtown Asheville for the first time! At the beginning we had a hard time finding the right spot. We decided to go to an area close to the courthouse and did a quick minimal setup, putting up a sign, a couple of medals. It was Michael’s first time out evangelizing, but he took me by surprise. He was not shy and had such fire in his heart that you could almost feel it! We met an older gentleman who said he didn’t believe in God. He grew up Baptist but didn’t follow it too closely. He and Michael were talking for a bit, and at the end he wound up taking the Miraculous Medal and putting it around his neck and even let us pray with him!!! It was amazing!!

Another encounter we had was with a very sweet woman who was so happy we had given her a crucifix necklace. She thanked us and said she had actually just lost her cross. She also let us pray with her. We did get a lot of “no thank you” responses to our offers of a holy card or medal, but we believe God decides who we talk to and we embrace that. Michael and I are so excited to go back downtown again, especially on Saturdays when all the tourists are visiting from all over the United States!