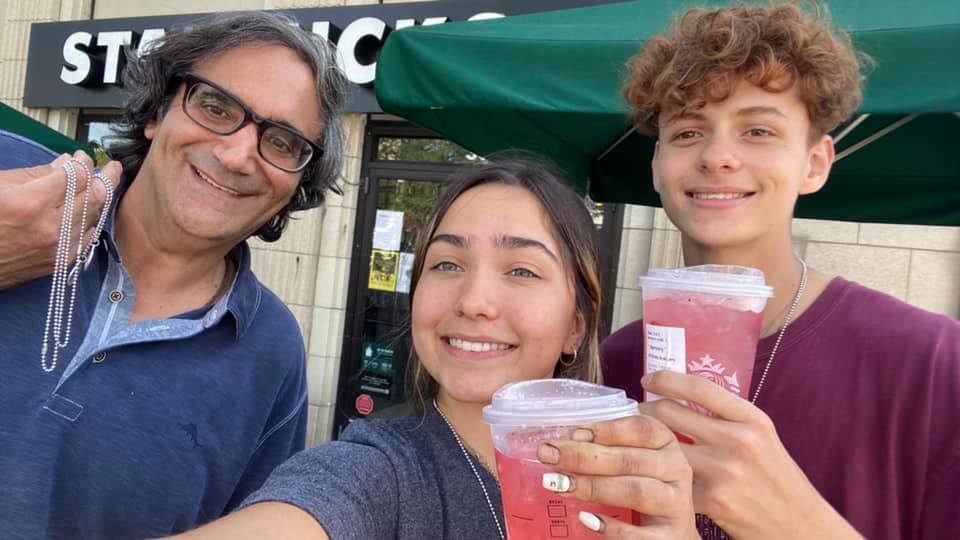 I met a man named Toby, who asked for a Rosary and went to place it around his neck. I suggested if he wanted a necklace that I had a Miraculous Medal for him. He accepted, and then I told him how to pray the rosary. He was such a God-loving and kind man. He was so excited when I asked if it was ok to take a selfie with him and put it on Facebook, so I did.

While out trying to share God’s love, I had another encounter with a young couple. They both accepted a Miraculous Medal, and I asked who else may want one that you know, and the young man asked for one for his brother. So, the evangelized becomes an evangelizer!