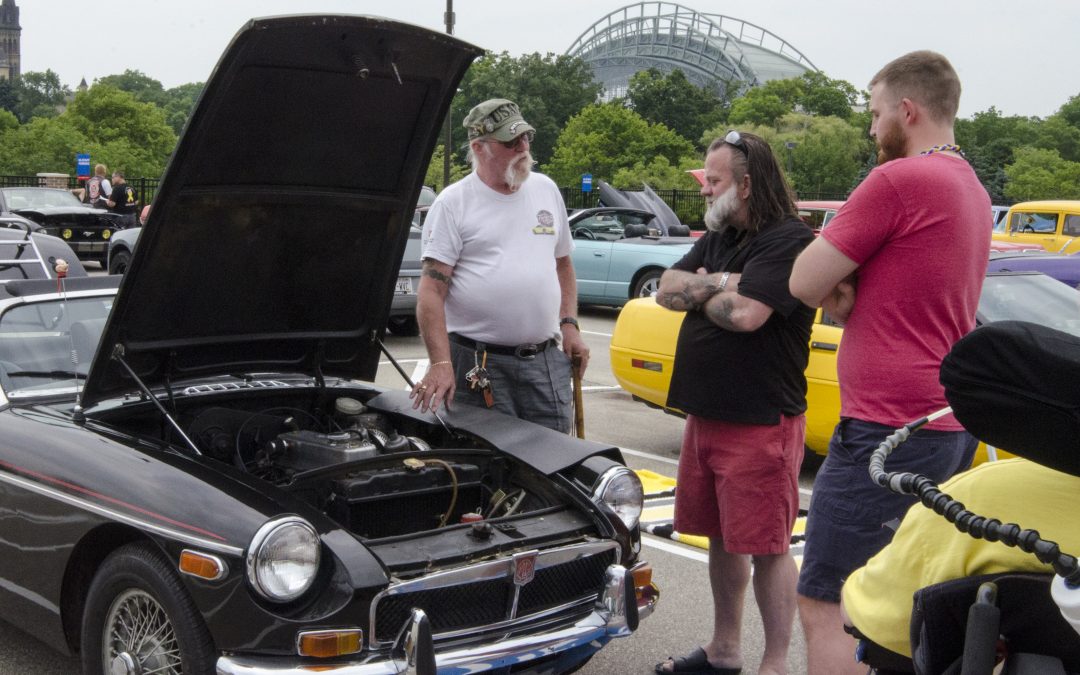 It was a beautiful Friday evening for the History Cruze Car Show in North St. Paul where there were several blocks of old fashioned cars, food, music, and many folks gathering to socialize. We went out initially just to get our feet wet and talk with people. We ran into some parishioners and relatives of parishioners. We got to pray with a few people who thanked us for being there.

We talked with “Craig” who was there to take pictures and record the event. He was Catholic and told us a bit of his story. He was a really nice guy who was open to conversation about the Lord and told about his mother’s passing. We prayed with him and he took some photos of us. The mood there was joyful and we look forward to going back and sharing the Gospel.