“He Asked To Borrow My Church” 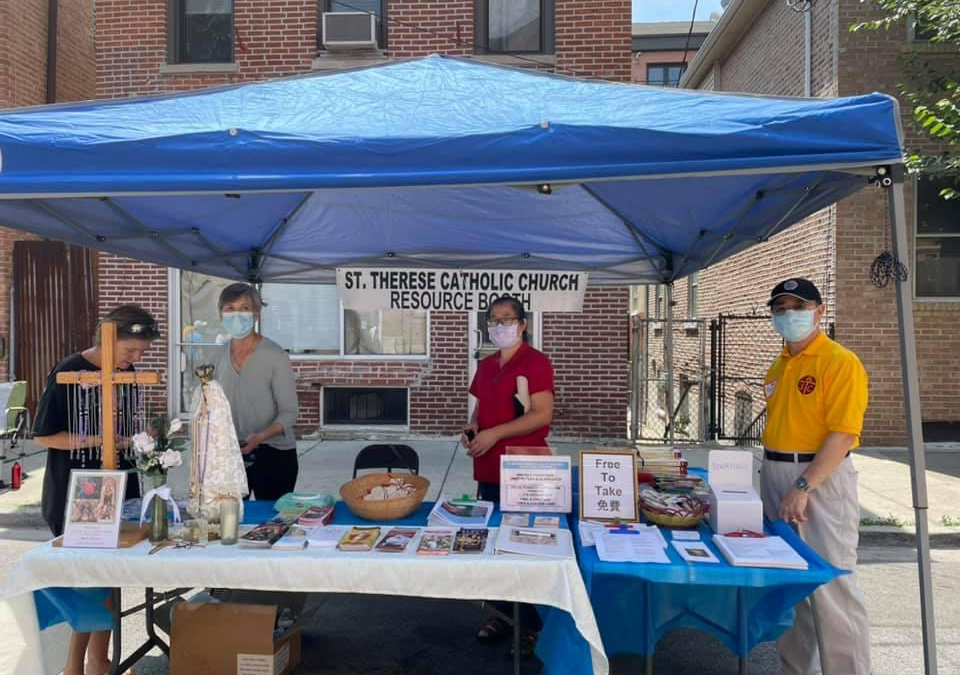 Click here to read more stories from our North Shore team in Chicago, IL
This report comes to us from evangelist Roberta in Chicago, IL:

During the summer in Chicago, there’s a festival happening nearly every weekend. I was planning on going to the Chinatown Summer Fair, and was inspired by the Holy Spirit to invite my non-denominational Christian friend, Bill. He’s a friend from college and someone I’ve been evangelizing through email for the past 10 months. The Fair was on a Sunday, and since he was going to be away from home and couldn’t attend his normal church service…he asked me if he could “borrow” my church! What a great surprise! I thought I’d have to ask him and assumed he’d say no. Having only attended Catholic Mass once before with me in college, Bill was very open to the idea.

My parish offers Mass in four languages, and that Sunday happened to be in Cantonese. I asked Bill if he still wanted to come, and to my surprise, the foreign language actually made him MORE excited to attend. He told me that he loves to learn new languages. I emailed him tips to non-Catholics attending Mass for the first time and several websites that explained the Order of the Mass and the prayers so he could understand what was going on. On Sunday morning, he met me before Mass and had a nervous excitement. He wanted to do everything correctly. He had printed out the Order of the Mass so he could follow along as Mass was happening and he was very respectful to our faith. He made sure to genuflect before going into the pews and when leaving. He even learned how to say the words that accompany the sign of the cross—in Cantonese! During Communion, he was eager to cross his arms across his chest and went up to the priest for a blessing. After Mass, we had a great conversation about faith with the RCIA teacher and with the Director of Religious Education. I introduced Bill to both of our parish priests and our religious sister and many other parishioners. Then we had a wonderful time at the Chinatown Summer Fair! My parish had 4 booths at the Fair, so I took him to one of them to introduce him to some of our volunteers. A few days later, it was time for my parish’s monthly Lectio Divina prayer session. Since Bill had already met everyone from this prayer group over the weekend, we invited him to join us for Lectio Divina. He said yes! It was a very insightful and fruitful prayer session, so much so that we went on for 2 hours! Please pray for Bill that he’ll come home to the Catholic Church.