“Just Make the Choice For Jesus” 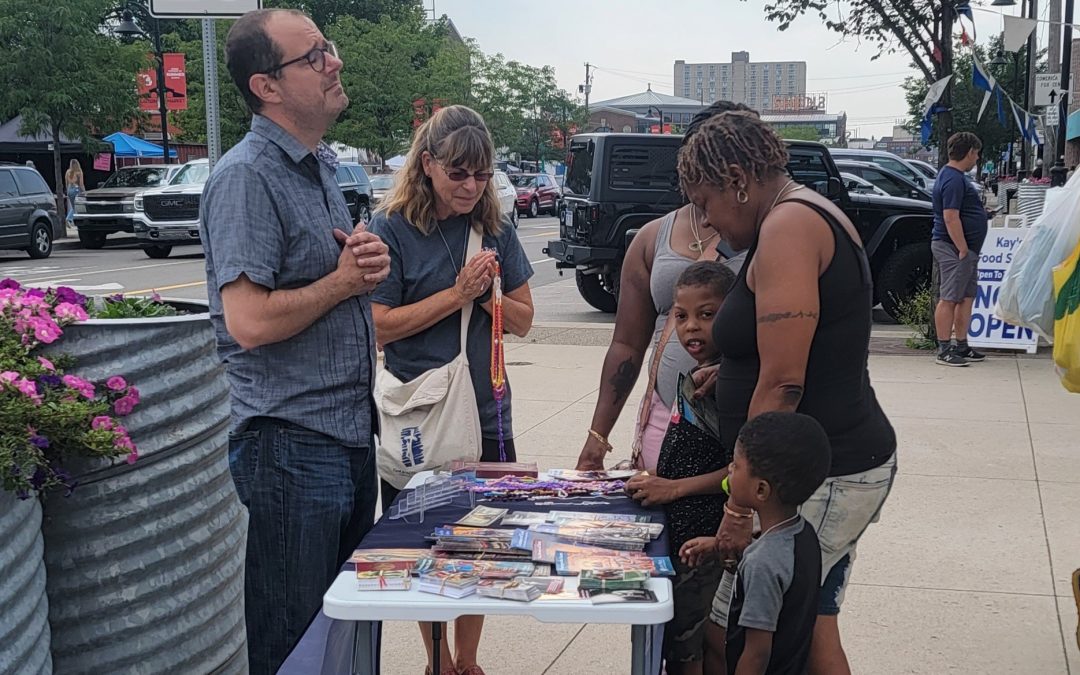 Beth was blessed to meet “Brenda” and “Rob” in the parking lot across from where we evangelize. They met by happenstance, Beth said hello and the conversation took off from there. Beth offered a Gospel card to Brenda, and she said it should go to Rob since she was already Christian…but he was Jewish. Beth told him that Christianity is the fulfillment of Judaism, and he said, “Yes, I know! I studied the Old Testament!” This made it easy for Beth to jump into the Gospel holy card that we hand out. The card talks about how God created us, we messed it up by sinning, and we need Jesus to fix the mess we’ve made. Beth then brought out the consecration card for Brenda, and offered to pray it out loud with her, reminding her that if she really believes the Gospel message, that was the next step. So Beth and Brenda prayed the consecration out loud as Rob was listening. Beth then turned her attention to him, and encouraged him to commit to Jesus. Rob mentioned that his first wife was Christian and he believed she was in heaven interceding for him. Beth said, “you just need to make the choice. What’s keeping you? Why not today?” Then she pulled out a blessed Miraculous Medal and placed it in Rob’s hands, and it was an instant reaction! As soon as it hit his hands, Rob said to Beth, “Do you know what’s going on inside of me right now?” Beth responded, “that’s the Holy Spirit!” This launched him into saying the consecration prayer on his own, slowly, and he specifically kept repeating the words that “I want to be a missionary disciple the rest of my days.” After he was done, he kept repeating that he couldn’t believe this was happening! Beth told them that God works in normal, ordinary circumstances, like through their conversation in the parking lot they were standing in. However, she pointed out that God had ordained before all time that they would meet in the parking lot to have that conversation.

Later on, Steve offered a rosary to a man who was a Protestant evangelist handing out tracts. He declined the Rosary, but gave us a tract on salvation, as he understood it. So we gave him a kerygma card that told the Gospel message and included in it the need to enter the Catholic church. He liked it so much, he asked for more and now began handing it out! We got a Protestant to do Catholic evangelization for us!

During the beginning of the outing, Michael was a bit plagued by thoughts that he shouldn’t be out evangelizing (even though we know it is objectively our call as Catholics!). Thankfully, God cleared this right up and sent two different groups of people for him to pray with and gave him thoughts and words beyond his normal ability, asking for healing and peace for these people.