“Uplifted and Confident in God’s Love” 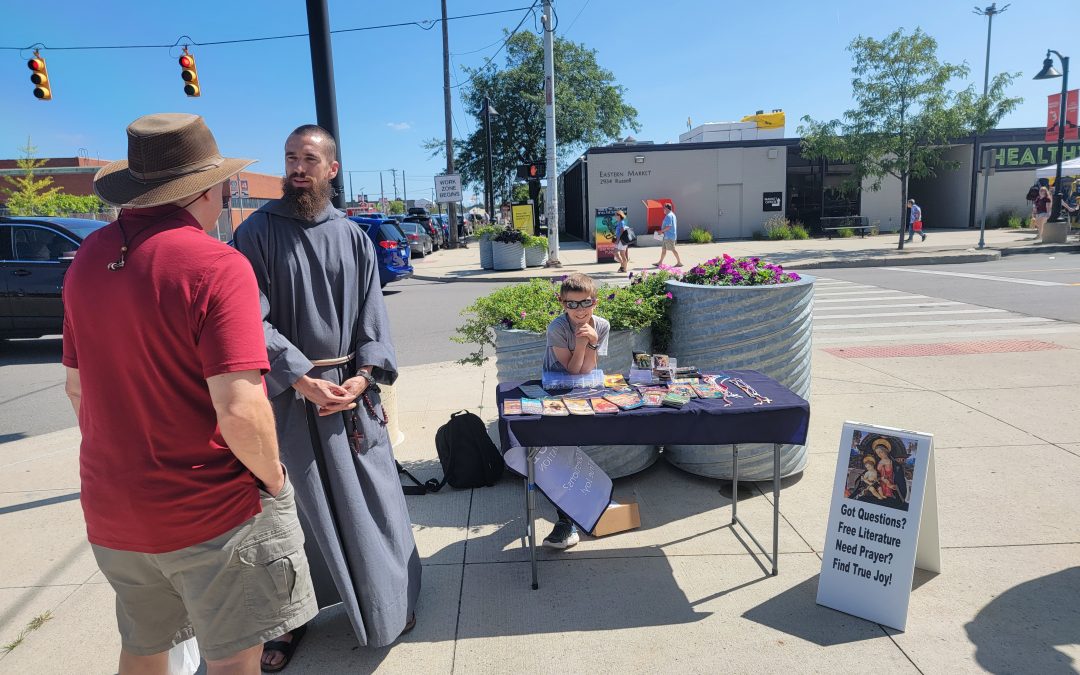 We had two shifts of evangelists come out for today’s outing…first shift featured Br. Andre from the Franciscan Friars of the Holy Spirit, Greg, and Michael, and in the second shift Steve replaced Michael.

A woman approached our table with her son and was interested in our material, so she began looking at what we had to offer. The son, who was a young adult, had a basketball with him. While Michael and Greg stood by the table to answer any questions the woman might have had, Br. Andre started passing the basketball back and forth with the son. While it may seem like just a small gesture to pass the time, it may have been a subtle form of evangelization that this religious brother cared enough to pass the ball (for 10 minutes or more!).

Later on, Br. Andre gave Miraculous Medals to two ladies, and evangelized them and spoke with them about faith. He sensed that the Holy Spirit was telling him that one of the women had a migraine while they were talking, so he asked them if either of them got migraines. One of them said she did get serious migraines, and was surprised that he knew this. He prayed over the woman suffering from migraines and her friend, and made the sign of the cross and they left uplifted and confident in God’s love.