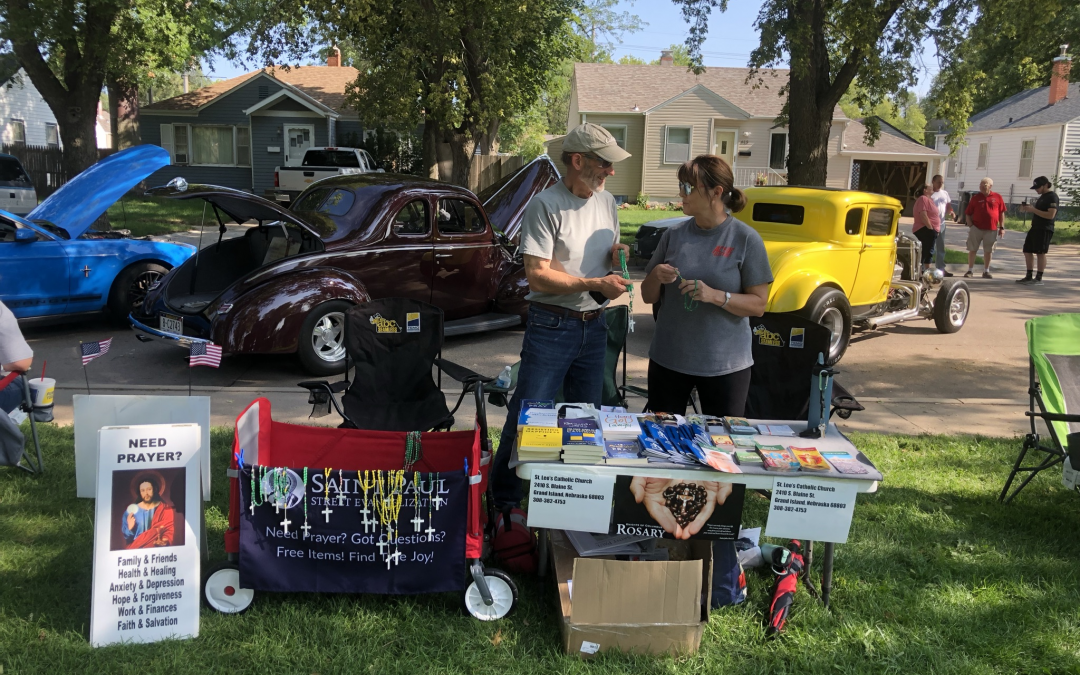 On Saturday we were invited to attend Honoring Our Veterans at Grace Abbott Park. It was a great day as it was 65 degrees. (We had been having 90’s and rain as of late.) There were approximately 650 people that attended. We handed out a lot of rosaries and pamphlets, and got to pray with many others.

We talked to a former Catholic who was attending the Mormon church. After talking to him about returning to the Catholic Church, answering a lot of his questions, he agreed to attend Mass on Sunday and make an appointment to see Father Marty. We were thanked many times for being there and spreading the Good News of Jesus Christ. We were asked to come back next year and we will. What a great day!