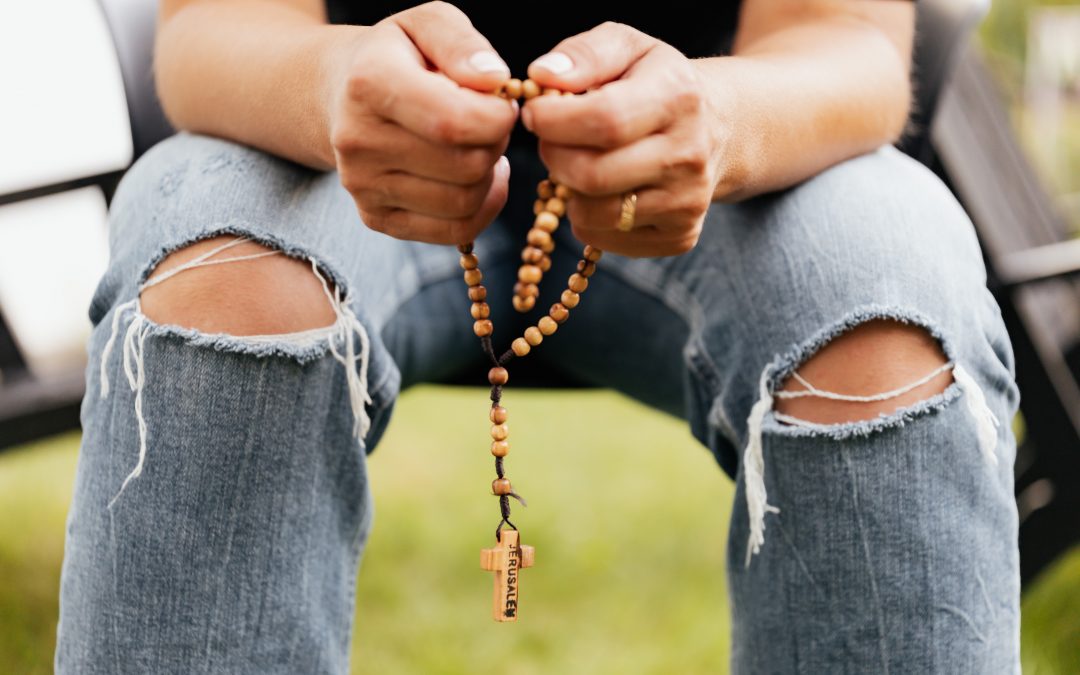 Click here to read more stories from our chapter in Boise, ID
This report comes to us from team leader Lucy with our team in Boise, ID:

We’ll offer a Rosary to anyone, even if they seem to have barriers between them and Christianity. We trust Our Lady to lead each priceless soul to her Son and salvation. Our first encounter was with a man and woman who came to the table. She identified as Catholic and chose a Rosary. Chuck set her up with the Rosary pamphlet. Meanwhile, I offered a Rosary to the man, who finally chose the pink one. When the evangelist asked if he were Christian, he hesitated, then said he didn’t want to talk about religion. So I described the Rosary devotion, telling him that people have experienced an unexplained sense of peace when they try to pray it, even if all they have is questions, such as, “Are you for real, Jesus?” and “What does it mean when they say You love me?” Surprisingly, the man agreed to try it. Blessed Mother, bring him safely to your Son!

An extended family, 3 adults and 7-10 children (they gained 3 more members between the first and second time we saw them). The man said he “used to be Catholic”, but now attended a non-Catholic Christian denomination. Still, he thanked us for “being out here”. Chuck told the family a story about his brother. During that time, two of the younger children became more and more fascinated with the Rosaries. The father had said no a couple of times, but he finally relented and they each chose a colorful Rosary. On their behalf, the father accepted the pamphlet with its colorful pictures of the Mysteries. Lord, may Your Mother soften his heart toward the Church and let the little children lead him back into Your fold!

Praised be Jesus Christ! Please pray for God to send people to our Boise team prepared to perceive their need for Our Savior and His Holy Catholic Church, and that much good fruit for His Kingdom comes of their efforts.