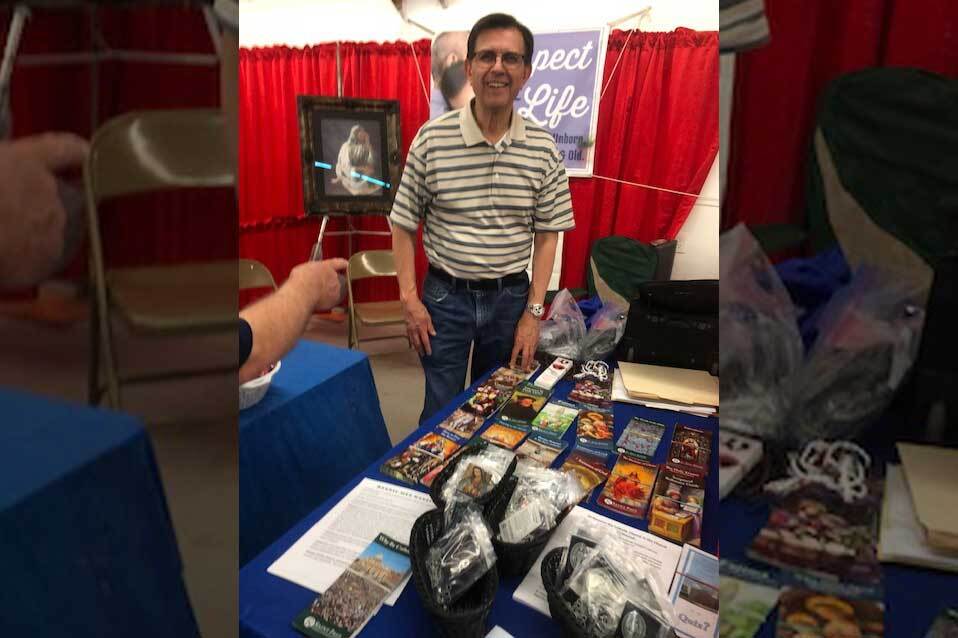 Terry and I were invited to the County Fair on Saturday to share a booth with the Pro-Life team from St. Andrew and the Knights of Columbus. We had a small table for us when we arrived in Douglas – about an hour drive from Sierra Vista. I had printed out two sheets – one with 10 reasons why the Catholic Church was started by Christ and another about a website called HeroicMen.com. Heroic Men is very similar to Formed.org and it has great shows on it. Both were free programs online. We handed out over 150 medals and about 100 Rosaries and about 45 of the 10 Reasons and the same of the HeroicMen.

A young atheist came up with her mother – she was in her early twenties and she said she did not believe in God. I asked her how she would define God if he did exist. She started to say he’d be a mean old man who zapped you if you did something wrong. I told her that’s not the God I know. The God I know is compassionate, all loving, forgiving, and He even created us – His masterpiece. I told her we have 37 TRILLION cells in our bodies – and if you took all the DNA in your body and uncoiled it, they would stretch out 10 billion miles. I told her our eyes can see from 2.3 million to 7.5 million colors. And a piece of our brain about the size of a grain of sand, contains 100,000 neurons and a billion synapses. And there are people who say there is no God! Really? I gave her the two brochures on God’s Existence and she promised she would read them both.

Another lady came by with a walker and I asked her if she wanted a Miraculous Medal. She said, no thank you, she is not Catholic. I told her the Holy Spirit does not care if the person is Catholic or not, because when that medal came into being in 1830 many non-Catholics were healed from it. She took the medal and I also gave her a 10 Reasons page. She said she would read it. Later, a politician came by asking for signatures to get her on the ballot again. She’s been a state senator for many years and is very pro-life and conservative, but not Catholic. So we all signed her form and I said, since we signed your form, will you take something from us? So I gave her the 10 Reasons page. She said she’d read it. Overall a blessed day at the County Fair – and the funnel cakes were great too!