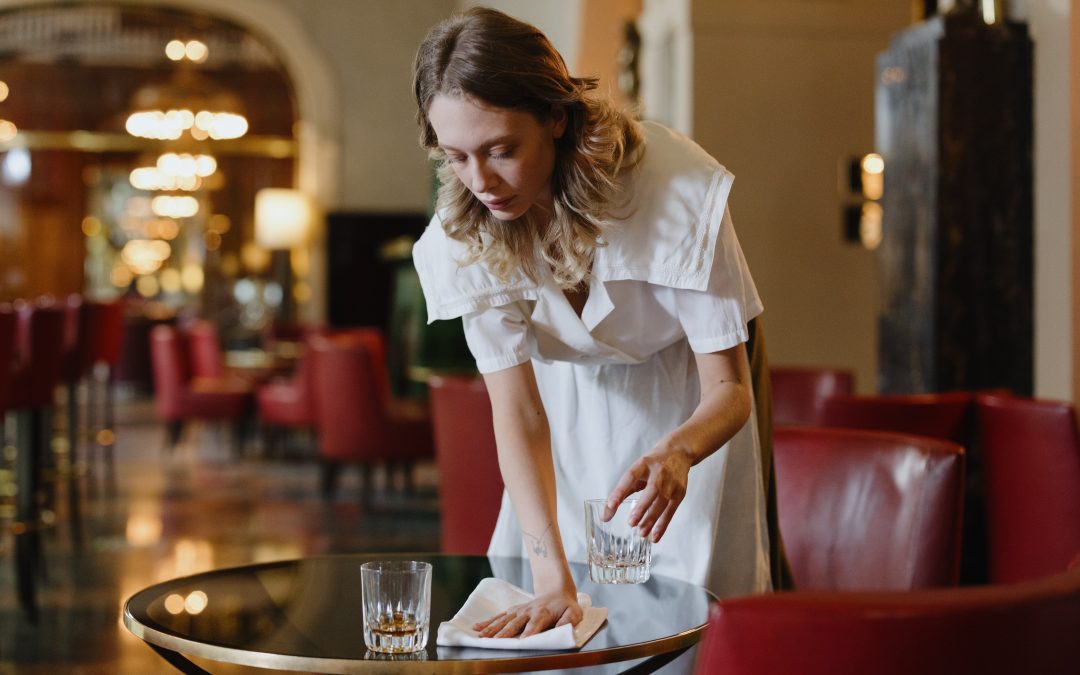 Late Sunday after Mass, I went to dinner with a friend. We were very tired and almost didn’t go since it was near closing time. The server, Clare, was nice but there was nothing in particular that stood out in our interaction. As my friend was paying the bill before leaving, I asked the Holy Spirit how I could bring Jesus to our server. I knew I needed to pray for her, but other than asking her directly, I wondered if there was anything else I could talk to her about. The thought of two kids came to mind but I wasn’t confident in it.

As she processed the bill, I asked if she was working late and she confirmed that she was. After more chit chat, I said, “Hey, before I go, this might sound crazy but I like to pray for people and sometimes I feel like God tells me something that will bless people.” She jumped in and said, “Oh I pray all the time!” I said, “Oh good! To God?” She responded, “Yes! all the time!” Oh great! When I asked if she went to church near here, she said no, we have our own relationship but I do pray a lot. Great! Now how about Jesus, do you talk to him too? No, not really. She explained that she grew up Catholic, but wasn’t anymore. I asked if she had two kids and she said, “Yes, two girls!” I asked if I could pray for her and she said yes, as soon as she took care of something. When she came back, I explained that Jesus loves her and wants her to know He is real, and that we were going to pray that He shows her right now in some way. During prayer, she felt a warmth within her. I asked if this has ever happened during prayer and she said no. I explained that I believed it was Jesus letting her know how much He loves her and knows everything she’s going through with her family. She looked astonished and agreed. After encouraging her more I gave her a Miraculous Medal and asked if she knew who it was. She said “Yes, St. Mary!” I explained the story and she said, “I’m going to put it on right now!” After some fumbling she began to walk away, around the counter, then toward me saying, “Can you help me put it on?” After I helped snap the chain on I gave her a medal card and told her it had the story on the back, then a Gospel card and told her that on the back it basically explains everything that Jesus did for love of us. She was so thankful and said she couldn’t wait to see us again.

In the car we said a prayer that God would bless Clare even more and make the seed of the Gospel flourish in her life, and that Our Lady would also intercede and reward her for wearing the medal. We thanked God for this amazing encounter that almost did not even happen and for setting a way in the future to meet Clare again.