“Examining the Claims of Jesus” 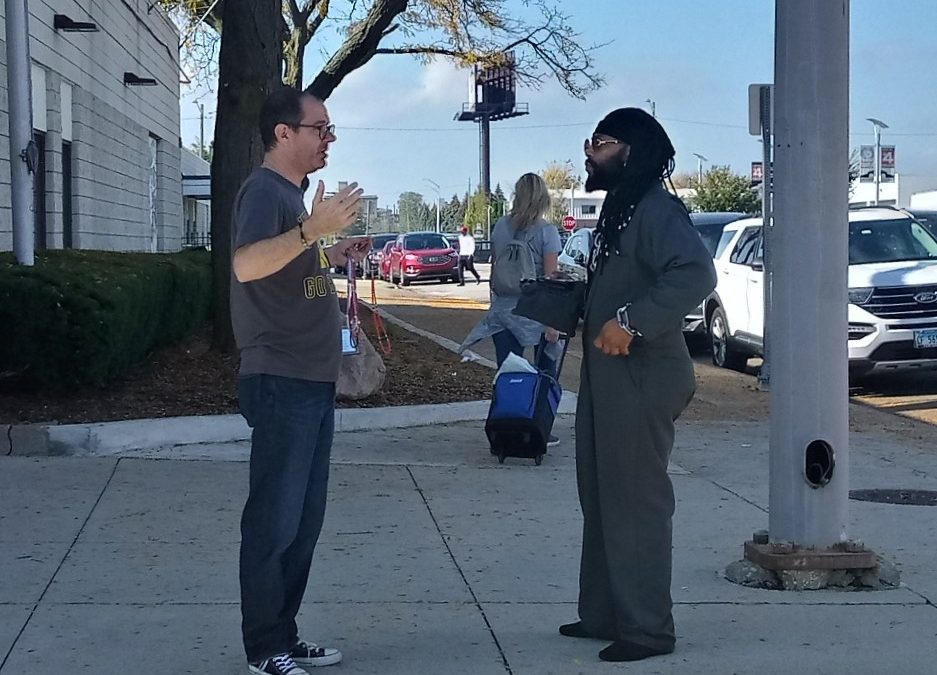 Mark and I hit the streets on this warm October morning. Although many patrons of the market seemed to get a late start, things started to pick up after 11 a.m.

We spoke with a young woman, Agatha, who believed in God, but not in Jesus. She was on her way to the ATM when we struck up a conversation with her. She had a problem with the way Jesus was often portrayed as a white man, when in fact he was of Jewish descent. Mark explained that oftentimes a culture will give him the same skin color and features that they have because that’s how they see Our Lord in their minds. Mark also tried to reason with her, explaining that the historical figure of Jesus certainly existed, and then we should try to examine the claims he made. She seemed to listen somewhat. We pray that the seeds planted will grow and she will deeply consider what we told her.

I offered a Rosary to a gentleman, Jake, who had never heard of this sacramental. I tried to explain that it is a prayer, and that we reflect on the life events of Jesus, such as his birth or his crucifixion. He balked at the idea of reflecting on such a brutal event as the crucifixion, and compared it to reflecting on someone’s mother getting shot and killed. I tried to reason with him, that it wasn’t focusing on the brutal act, but on the fact that Jesus allowed himself to be crucified for love of us and to save us. I also mentioned that he didn’t die with a generic thought of humanity in his mind, but had both Jake and I in mind personally as he died. Jake gave me his phone number and said if I was a critical thinker, we should talk over coffee.