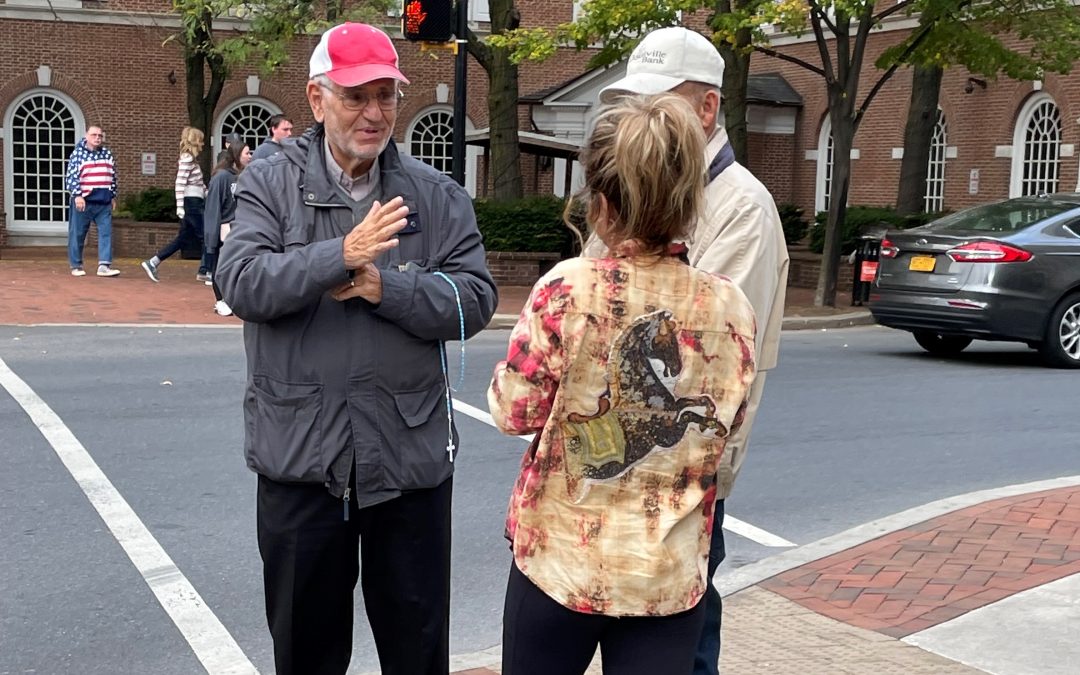 On Oct. 23rd, a team from SPSE came out to Lancaster (Assumption of the Blessed Virgin Mary Church) and gave evangelization training to over 45 people including Bishop Gainer, two priests and five deacons. We began the day with Mass and then received fantastic training which included instruction and small group interaction. After the training was completed, 20-25 of us “hit the streets” at the Penn Square area (a short walk from St. Mary) putting into practice what was received in class.

We experienced many divine encounters sharing the Gospel of Jesus Christ including witnessing to and praying with: a marriage party who were leaving the Lancaster Marriott Hotel, numerous “street people”, tourists and restaurant-goers. Most were open (including the newly-weds!) to receiving various sacramentals (Miraculous Medals, rosaries, crucifixes, etc), and dialogue/prayer. Even though it was only an hour on the street we interacted with at least 100 people and the Christians (both Catholic and non-Catholic) we encountered praised the evangelism efforts. It was a beautiful sight, seeing Catholic evangelists walking up and down the streets of Lancaster. This was a great day for our diocese as the Bishop reiterated the need for the Catholic Church to exhibit evangelistic fervor.