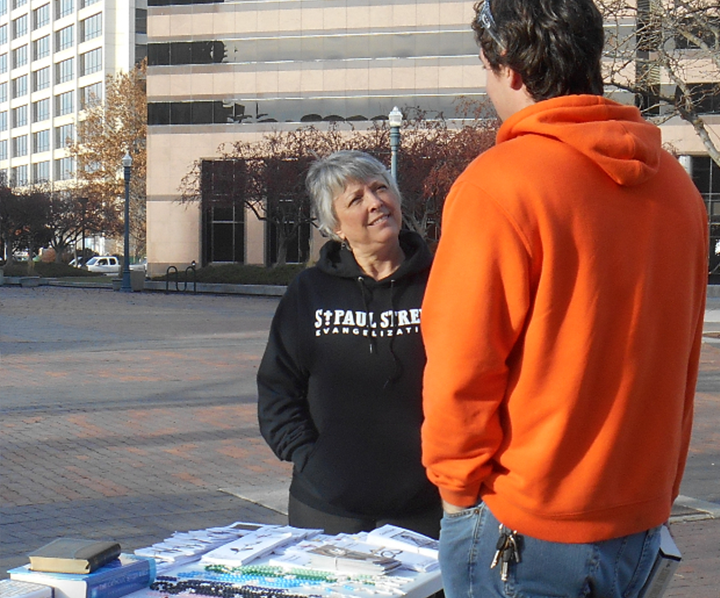 Two teenage boys stopped, wanting a Rosary. One wasn’t sure what it was, and wasn’t really sure if he was Christian. I gave him a copy of the kerygma as well as describing the Rosary devotion, explaining that when people sit down and try to pray it—even if all they have is questions—they find an unexplained sense of peace and protection. The other boy also received a Rosary, kerygma, and Rosary pamphlet.

Another Catholic man paused briefly to say that he still “attends Mass online”. Somehow I didn’t think to tell him that there’s no longer a dispensation in this diocese from Sunday Mass.
Later on, a man dropped back from his two companions to receive a Rosary. When I asked if he were Christian, he volunteered that he belonged to a religion that believed in many gods. But Jesus, he said, was one of them and he was okay with that. I gave him a copy of the kerygma so he could see the true Christian message, then briefly described the Rosary devotion and gave him the pamphlet to go with it.