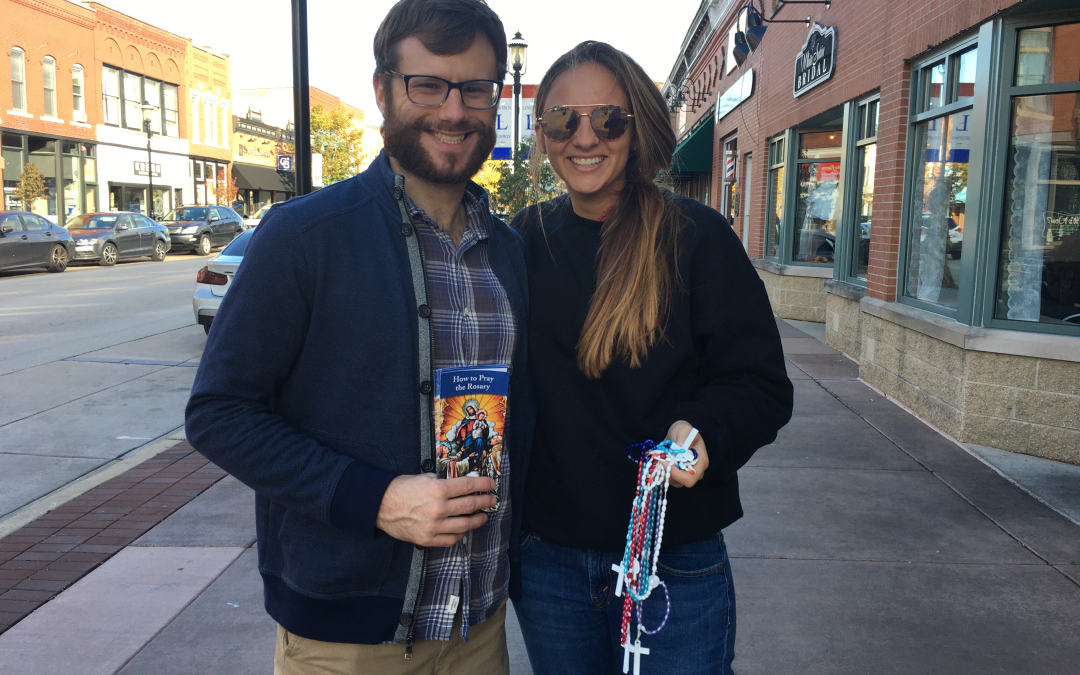 Even with colder weather here, our team has still been going out to spread the Good News of our Lord Jesus to bring as many souls as possible into His Catholic Church. While we often do larger scale events, we also are able to get out there just on a street corner to interact with people. We had a group of five go out on All Hallow’s Eve for a few hours. We split up, with some staying at the table, while others walked around. Some people were out wearing costumes and looking for candy. We talked to a friendly Lutheran man and gave him one of the Petrine Primacy pamphlets. Later, a man who attended a non-denominational church didn’t accept any pamphlets, but let us pray for him as he was going through a divorce. We prayed aloud for God to bring healing and reconciliation to their marriage if it was His will. We even met a friendly man who was a Jehovah’s Witness. He gave us his phone number, and we gave him a few pamphlets. He said many of his family members are Catholic, but he accepted them. A little girl was excited about the candy but also accepted a pink rosary. I asked her dad if they went to church anywhere, and he said they weren’t Christian but went to church sometimes, so I gave him a “Good News” pamphlet. Of course, we had lots of people who weren’t interested in anything, as well as Catholics who said they had lots of rosaries at home.

We also had prayer warriors praying for those out there evangelizing, as schedules don’t always permit for everyone to go out. Our team was also then sent the prayer requests we received during our time out there.

Praised be Jesus Christ! Please pray for all those that the Joliet team reached during this outing and for their intentions as well, in the hopes that those outside the Church may come into her loving embrace!