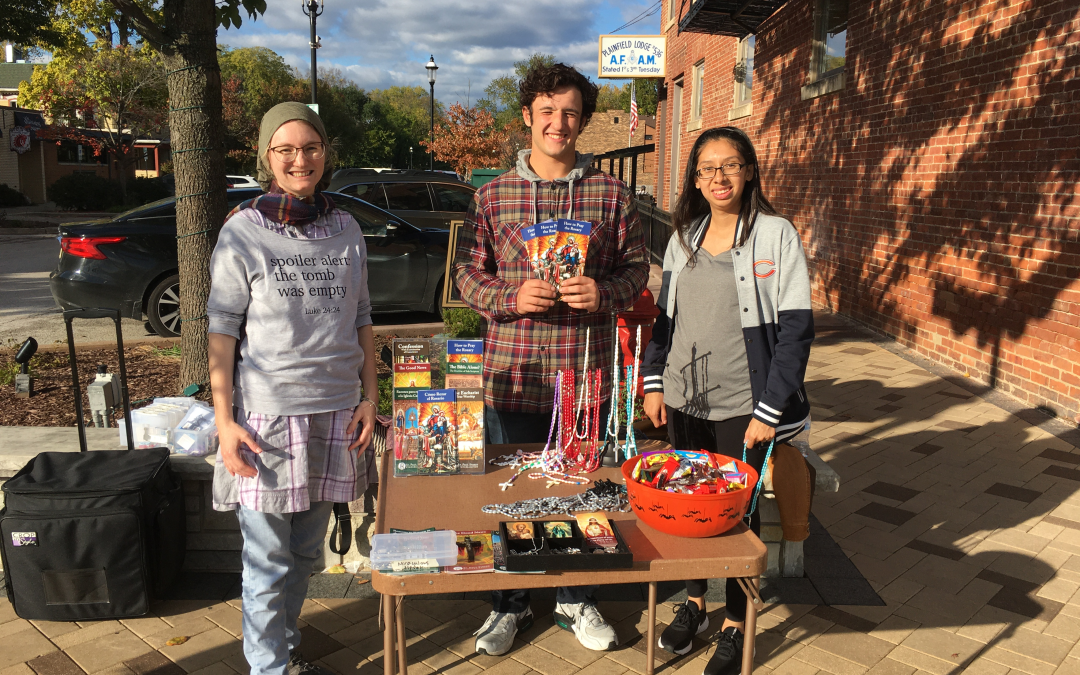 As we approached this All Hallowtide where we remember the dead, interestingly Anthony and I encountered a young man who had just lost a friend. We approached him as he was walking into work, and he admitted to us that he was coming back from a funeral of one of his friends who had committed suicide. We offered him a rosary, promised to keep him in our prayers, and we walked away stunned at God’s timing of that interaction. Anthony and I also saw some movers close to the downtown area. I was hesitant in approaching them as they were on the job, but Anthony boldly asked them if they needed help and if they wanted a rosary. One of the movers lit up when we asked; he said he grew up Catholic and that his mom prays the rosary frequently. He admitted how much he needed prayer and how he needed to go back to church, especially with so many deaths this past year. I was so grateful Anthony felt moved by the Spirit to talk with him, and it reminded me to never write anyone off, no matter how disinterested or busy they may look. On a high note, towards the end of the afternoon, Anthony and I approached a couple who had baptized their baby a few hours ago and were celebrating in the area. We prayed with them and thanked God they recognized the importance of baptism. The encounters we had on Saturday were so powerful. After seeing some small fruits of our labor, Rachel Cecilia reminded us how important it is to get out there, evangelize, and do what we are meant to do.

Praised be Jesus Christ! Please pray for all those that the Joliet team reached during this outing and for their intentions as well, in the hopes that those outside the Church may come into her loving embrace!