“Rainy Day at the Market” 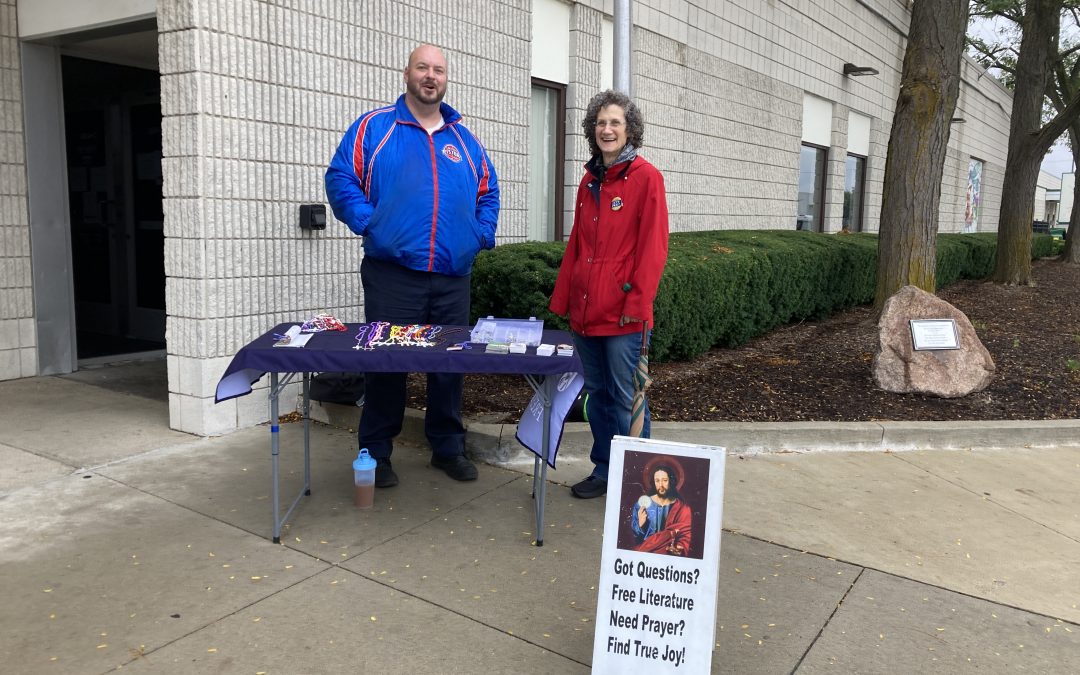 Anne, Michael, and Mark evangelized at Eastern Market on a cool and breezy morning. It rained off and on so we set up a table underneath a long overhang, just a step away from the sidewalk.
Anne had a lengthy conversation with a young man named Antonio. Anne often explains Marian devotion by talking about the love of a mother. Antonio said that he is one of eight children in his family and his mother would do anything for him and his siblings. Anne said that it is the same way with the Mother of God, that she is faithful to Christ and leads Christians to her Son. Antonio accepted a rosary for himself and a few for his family, as well as a couple of pamphlets. Before he left, we prayed with Antonio for wisdom, discernment, strength, and health.

Lisa slowly passed by our table and Mark offered to pray for her. She stopped and came under the overhang to talk with us. Lisa spoke openly about her problems with uncontrolled diabetes and a recent hospitalization. We prayed with Lisa, asking God to give her the strength to handle all of her daily challenges. We offered Lisa a rosary and she was shocked to learn that they were free. She gladly accepted a rosary, Miraculous Medal, several holy cards, and pamphlets.