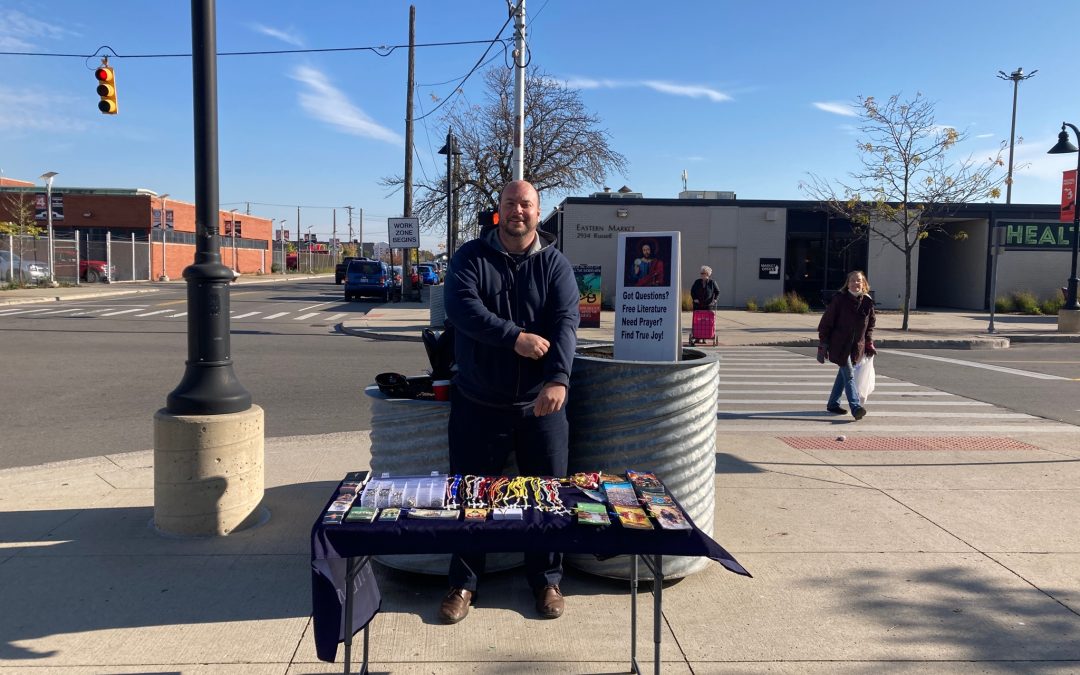 With the weather getting colder, team leader Mark decided that this will likely be our last official scheduled outing of the year. (Although you never know. Michigan often has surprise Indian Summer days late into the fall!) Thankfully the weather was fairly warm today for a November morning.

While we were still setting up and before we prayed a man approached our table. Rodney showed us his Miraculous Medal that Steve had given him a few weeks ago and he recalled the conversation. Mark asked Rodney if he was going to church anywhere and Rodney declined. Mark offered him a “Why Be Catholic” pamphlet and pointed out a few Catholic churches within walking distance. He asked for more pamphlets and sacramentals, including four rosaries and medals for his grandkids. Rodney seemed grateful and made sure to get our names before he left This turned out to be our only substantial conversation during the entire hour we were out there.

A middle-aged father with four children walked by us. Three of the children approached our table and showed interest in our colorful rosaries, while the rest of the family kept walking, but we told them they should get their father’s permission first. They ran to catch up with him (and presumably ask him for permission), but they didn’t come back. Later on, a woman walked by and thanked us for being out there. While these little comments might not seem like much, they help encourage and remind us that what we’re doing is needed…especially on a slow day like today.