“God ordered you a pizza and I’m the delivery man.” 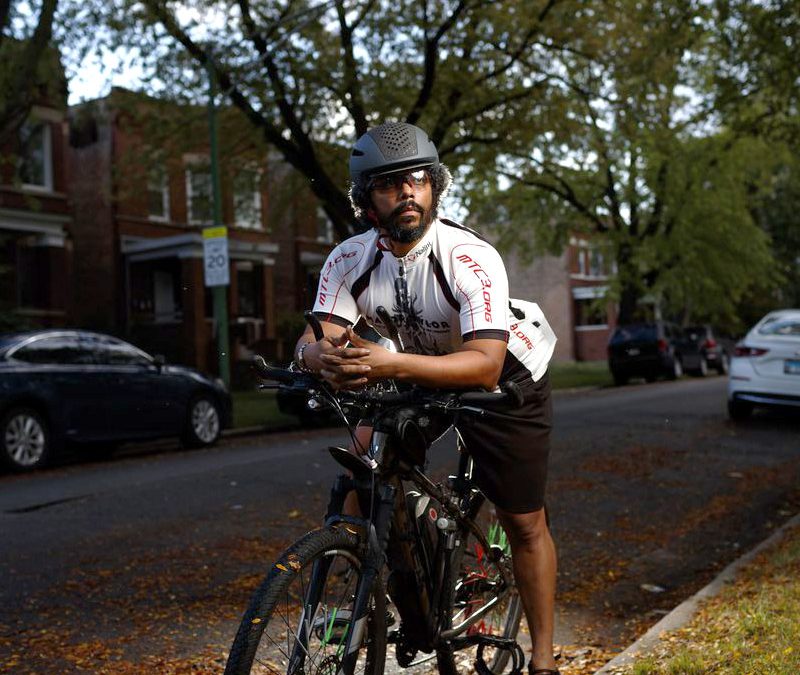 This story comes to us from evangelist Mark with the Eastern Market team:

Brother Andre, who often evangelizes with multiple teams around Detroit, recently started doing door-to-door ministry in the neighborhood surrounding St. Mary of Redford Church. Several parishioners, including a young family and two missionaries, joined for the first outing on a mild Sunday afternoon. We were sent out two by two on the street directly across from the church. We offered to pray with neighbors and also handed out rosaries, Miraculous Medals, parish bulletins, and flyers for an upcoming Unbound Conference.

Shortly after we started, Tim passed by us on his bike and asked Sam for a rosary. Sam gave him a rosary and pamphlet then we talked about the parish ministries for a minute. Br. Andre and Maria were on the same street and they joined in the conversation. Br. Andre received a word of knowledge that Tim was suffering from chronic shoulder pain and offered to pray for healing. Tim was shocked that he knew about his pain and was happy to receive prayer. Tim said that he experienced a bad slip-and-fall accident last winter and has had severe shoulder pain ever since. Br. Andre put his hand on Tim’s shoulder and we all prayed together. Tim said that he felt a tingling sensation while we prayed. Afterward, he stretched his arm and raised his hand over his back. Tim was stunned, with his mouth and eyes wide open, and exclaimed that it was the first time in months that he could stretch his arm. Tim praised the Lord and thanked us for praying with him. Brother said, “God ordered you a pizza and I’m the delivery man.” We then gave him a Miraculous Medal, a few pamphlets, and invited him to come to the parish’s bi-monthly prayer group.