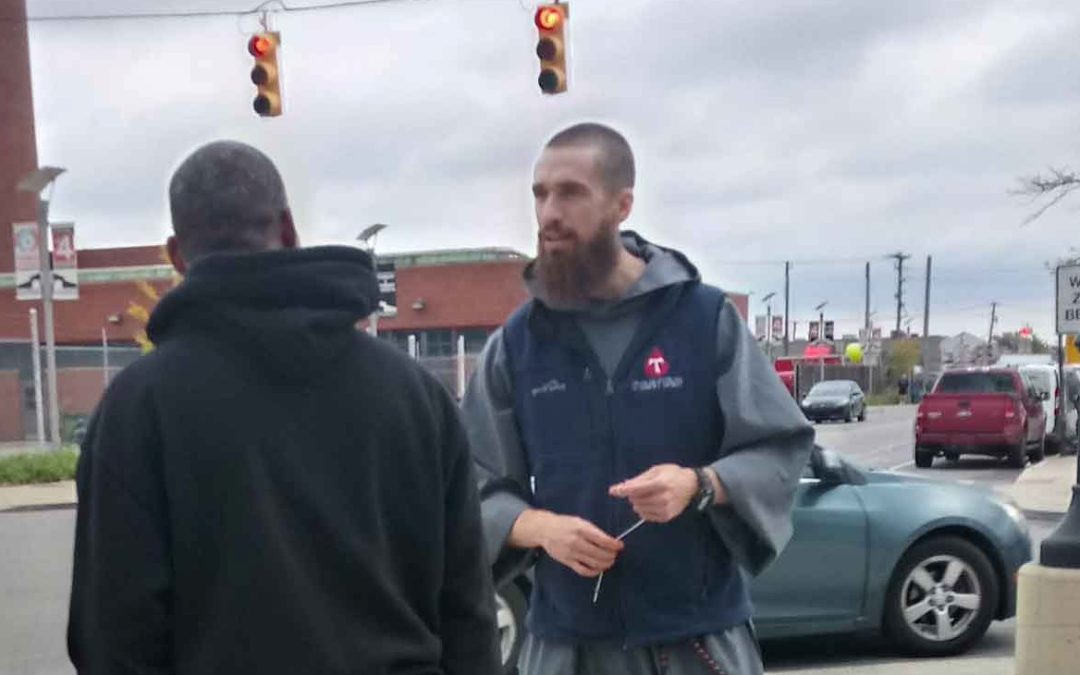 Mark and Br. Andre had a brief conversation with an elderly Sikh man. We offered him a Miraculous Medal, which he declined for himself but said that he would give it to his grandson. His daughter converted to Christianity and her family is Christian. We offered a medal for himself and to pray with him, he declined both offers, but he seems supportive of the Christians in his family.

A van parked directly in front of us and, before the driver got out, we noticed that he had a rosary on the rearview mirror. Mark recognized Juan from a conversation about a month ago. Br. Andre had a lengthy conversation, about 40 minutes, talking to Juan. They talked about the authority of the Church, priestly ministry, and much more. Br. Andre finished by talking about the Real Presence of Christ in the Eucharist. The Greek word “trogo” is used in John 6 and other passages — “trogo” is commonly translated as “eat” but it more accurately means “gnaw” or “chew”. Br. Andre said that this meant that we literally eat the Flesh of Jesus Christ in Holy Communion, not in a mere metaphorical way.