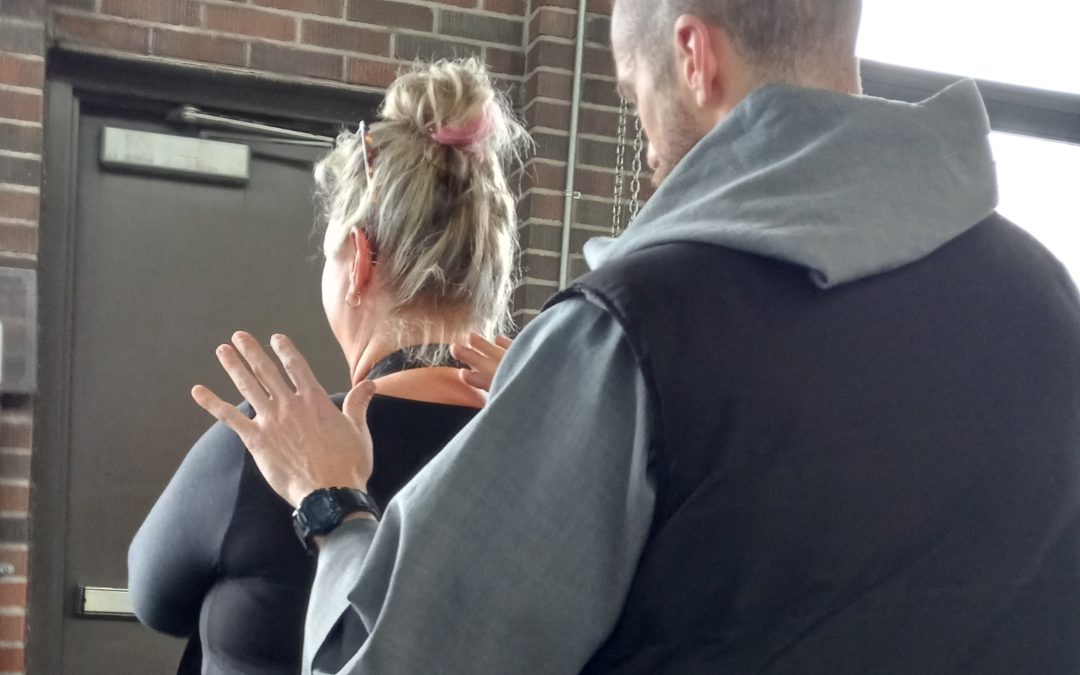 Br. Andre and I returned to Eastern Market for the first time since our winter break. It was an unseasonably cold, windy, and snowy Saturday. However, there was still a fair number of people under the large, covered sheds.

We walked among the vendor tables and approached a few vendors. We walked up to a baker selling vegan cookies and she immediately recognized us. Neither Br. Andre nor I remembered her but she remembered talking to us last year and previously received a Miraculous Medal. However, she has since lost it so we gave her another one as well as a holy card and prayed for her family.

I approached a woman selling granola, in part because there was nobody else near her. She rejected our offer of a blessed medal, saying that she already has a St. Christopher medal, but accepted our offer of prayer. Br. Andre and I prayed that she would grow in faith in Jesus Christ and that God would provide for her health and well-being.

We continued walking around the market then Br. Andre suddenly stopped. He said to me, “Do you see that woman back there? She is suffering from neck pain and I’m going to talk to her.” We turned around he approached a cook working behind a table. Br. Andre said “I’m a Catholic monk. I pray for people and I know that you need prayer for healing.” The cook, Linda, and her coworker were both apprehensive at first but she did not hesitate to receive prayer. Linda said that she has been suffering from pain in her neck and upper back for the last two years. Linda turned around and Br. Andre placed his hand over, but not directly on, her neck and prayed out loud. Linda was visibly relieved and thanked Br. Andre. He briefly spoke about the love of Christ and our need to respond to that love. We gave her a Miraculous Medal and holy card then parted ways.