“Stations of the Cross” 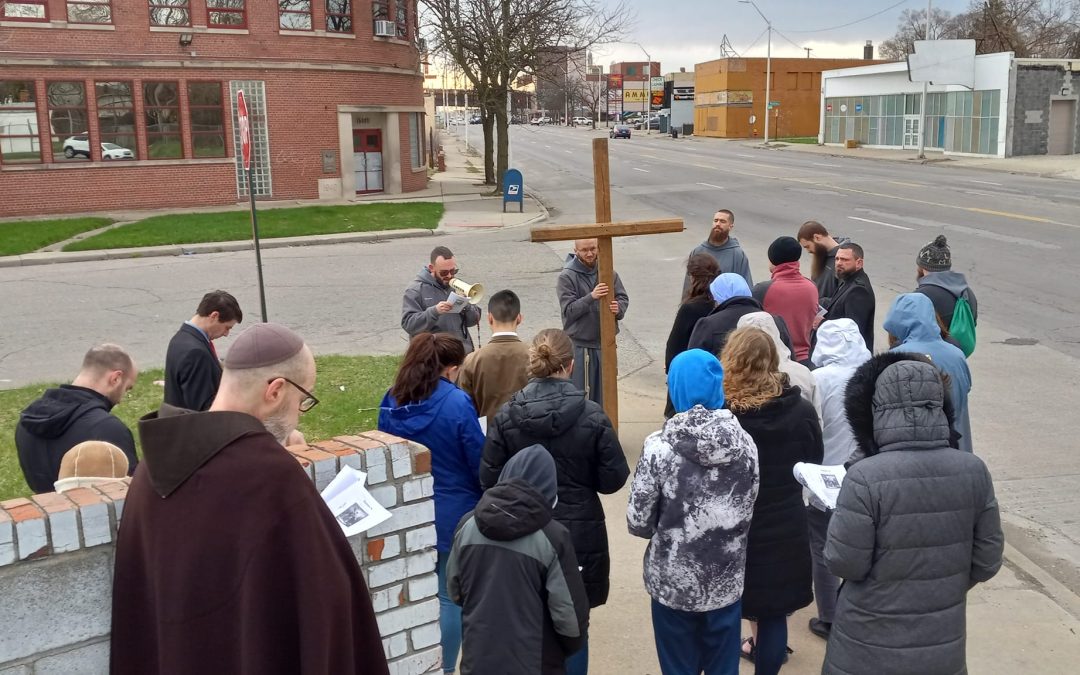 On the morning of Good Friday, St. Mary of Redford Parish prayed the Stations of the Cross on the main street in front of the church. Many pedestrians and drivers stopped and started taking photos/videos with their phones — a public expression of faith always draws attention and curiosity. A community of Franciscan friars ministers at the church and the brothers were very proactive to reach out to everyone that we passed. Several times, Deacon John of the Cross sprinted across the street to speak to someone. Br. Andre and I prayed with a man sitting at the bus stop with the intention of healing his long-term leg injury. Halfway through the stations, we stopped and prayed at the corner of a major intersection. At that time, a motorist rolled down his window and shouted “JESUS CHRIST IS LORD!!!” The congregation shouted “Amen!” in agreement. We continued and two friars approached two cars that were stopped at a restaurant drive-thru. At the second to last station, a pedestrian approached us from the opposite direction. She joined us in prayer and followed us to the church. We invited her to come inside the church and to come back for Easter Sunday. In the end, I would estimate that at least 50 people showed some interest, half of whom received prayer and/or a Miraculous Medal.