“Watching the Seed of Prayer Grow” 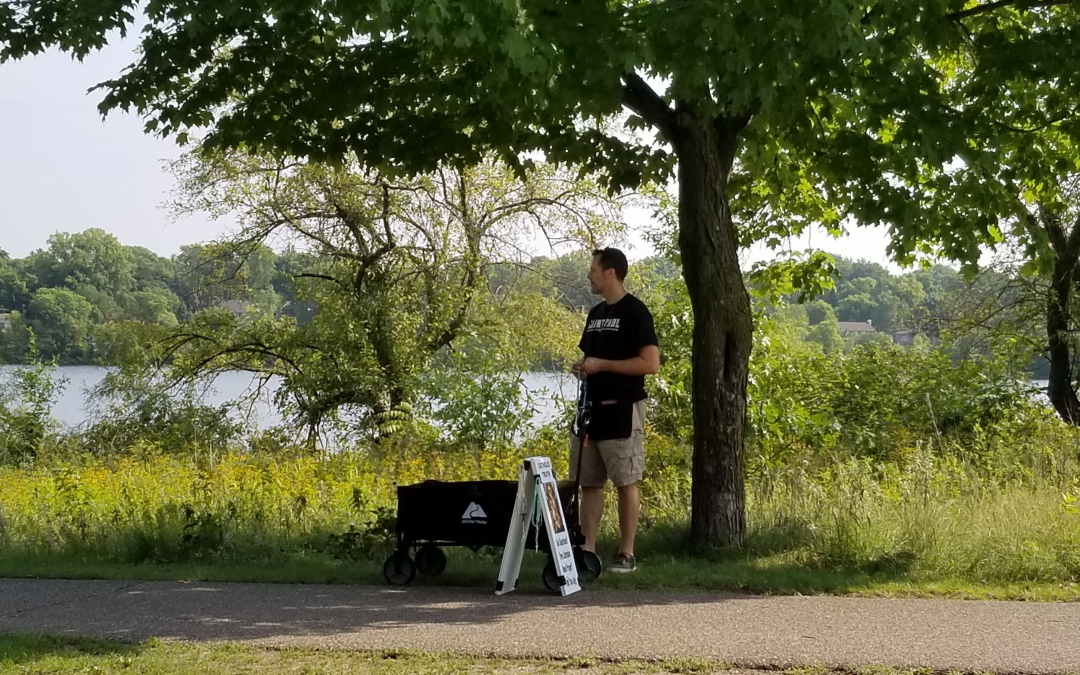 Fr. Lynch and I were out this past Saturday. It rained early but cleared up nicely. There were quite a few people out walking around the lake. Not long after we set up a group of people stopped by for prayer. Lots of needs, most especially for family. We said a prayer for their intentions and then one of them asked if she could pray for us. She said a beautiful prayer which was inspiring. Thank you Jesus! Most of the people who stopped were in need of prayer. Lots of anxiety. It was through the prayers that we reminded people of the love that Jesus has for them.

A couple of guys met on the path some distance from us and started chatting. They knew each other and crossed paths unexpectedly. They wandered over by us and we asked them if they needed prayer. One told us that they’d just got prayer from a guy on the path. When he described the person it turned out to be one of the people who we prayed with in the group. Then he told us that his friend, standing next to him, is a pastor. He left and we were left chatting with his friend, the pastor. We had a good conversation and he asked for prayer. He wanted a missionary heart to spread the Word of God with others like we were doing that day.

Fr Lynch noticed that our prayer had gone full circle. We prayed with a group. They prayed with another person. That person led another person to ask for prayer. That person was inspired to pray with others and further the Gospel. You are too good Lord. We praise you! Most often we can’t see what happens when we share God’s word with others. We step out in faith, dispose ourselves to the Holy Spirit, and let Him work. We may never know the end results of our acts of faith until the end of times. That day the Lord blessed us to see what a small act of faith can do. It only takes a mustard seed.