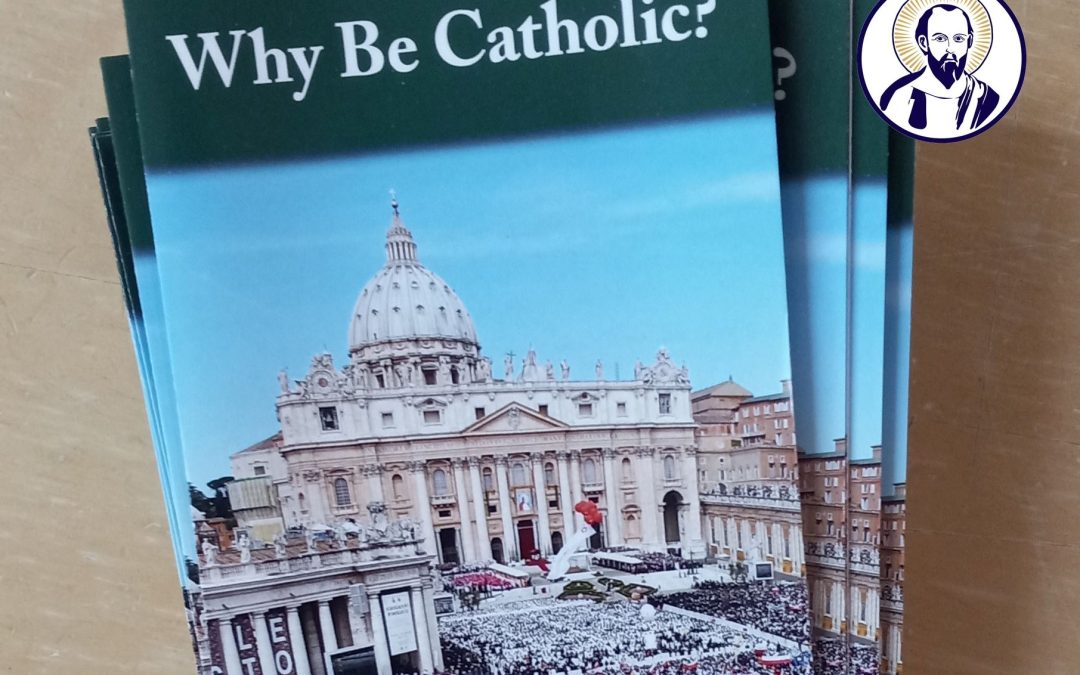 Being Catholic brings many spiritual advantages. So thank you again for your prayers for the Boise Catholic street evangelization effort.

As we were arriving, “Sarah” set her blanket of bracelets for sale directly across from “our spot”. Most people turned to us instead of toward her. Lucy tried to talk with her afterwards, but she was pretty incoherent. May God bless her, save her, and bring her into the Catholic Church.

“Aaron”, a homeless man who has talked to us in the past, came up to us just as we were setting up. He said we were an answer to prayer because he had a question. He wanted to know how to stop sinning and being tempted. He wanted to reform for the sake of a new girlfriend. We assured him that temptations were never going away and that seeking virtue rather than trying to stop sin by sheer force of will was his way forward. Chuck recommended the “Litany of Humility” as a daily prayer for him. Lucy then brought it up on her phone so we could pray part of it with him. Though Aaron attends a non-Catholic Christian church, we pointed him to the Catholic Church with its many means of grace as the greatest asset to help him. He accepted a “Why Be Catholic” pamphlet. Lord, soften Aaron’s heart that he may seek to please You.

Three members out of a family of five stopped to choose Rosaries. They were already Catholic. A Catholic couple happily proclaimed their affiliation with the Church and let us know they had “lots of Rosaries” at home. We asked them to pray it for us.
The Catholic Church is truly a treasure-house of grace. So thank you again for your prayers and other support for this apostolate. In turn, may God protect and greatly bless you and all those you love!