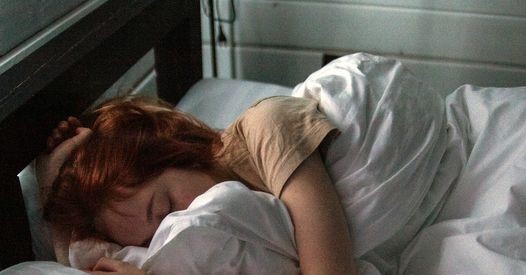 On a working retreat in Arizona and was picking up some paint supplies at Lowe’s. After thanking the worker for all her help, I asked if she needed prayer for anything. She said, “How did you know?” I said I don’t know, I just like to ask people if they need prayer because I believe God can do anything. She said that she’s been having trouble sleeping and was thinking about God, and that someone last week asked her if she needed prayer and she can’t believe I asked her as well.

We talked a bit and she revealed she had lost someone very close to her last year. Since then it’s been very difficult and she’s been waking up in the middle of the night and was thinking about God. We talked even more about God’s plan for her, and how much he loves her and even in the tragedy can draw good out of it. She was in tears and I explained that I came into the desert to spend time with God and how at this moment he sent me to speak these words to her. Again we talked about God’s plan for our lives and then I asked if I could pray for her for all of these intentions. After asking her name, I prayed a short prayer for Melissa – that she come to know God’s love and plan for her, and that she would be delivered from anything keeping her from sleeping in peace. Melissa’s eyes opened wide, she smiled, and said something was happening – the presence of the Holy Spirit was palpable.

We both thanked Jesus for what he was doing then I gave her a crucifix and Miraculous Medal. I asked if she was Catholic and she said yes my mom is and I went before the pandemic but since then I have gone to some non-Catholic Churches, searching. I explained the crucifix and medal to her then gave one good reason why I remain Catholic – the Eucharist. It is the ultimate union with Jesus – spirit and physical body. I encouraged her to try going to mass again so she can receive Holy Communion, but first she would need to go to confession and she said, “Oh yes I know, thank you I will!”

Finally I thanked her for being open and letting me pray with her and she said it was meant to be – God made this happen. I said I may not ever see her again but to not worry because God willing, we will see each other in heaven. We blessed each other and I went to pick up more paint supplies.