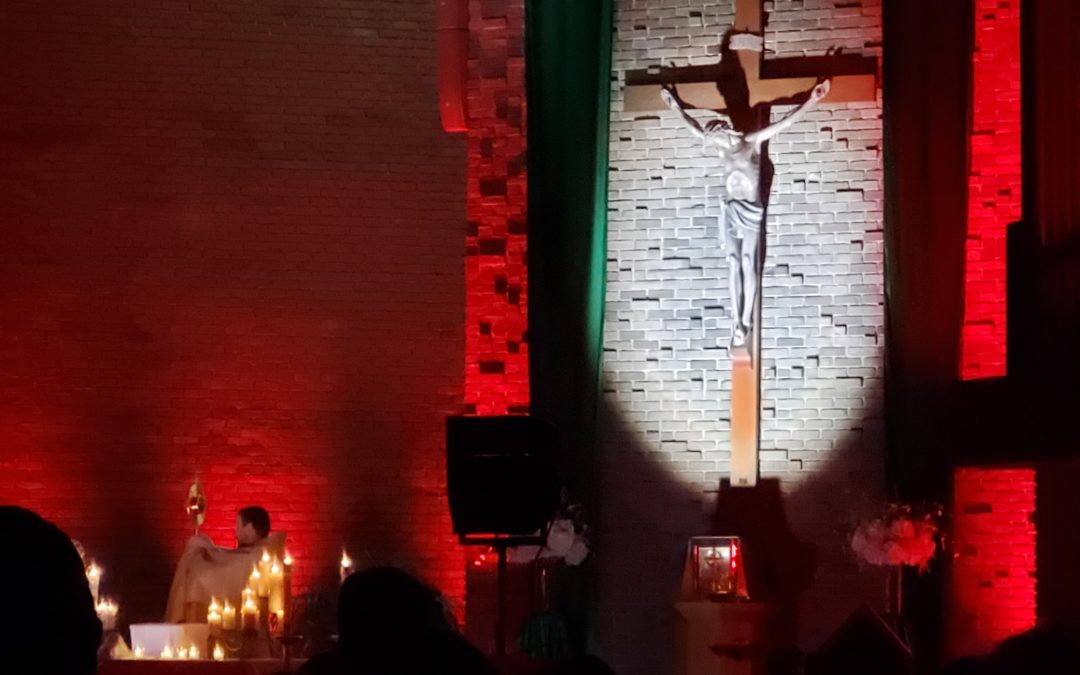 Westland, MI. Awaken Ministry is a grassroots effort in Michigan dedicated to bringing “people into an experiential encounter with Jesus Christ, such that they would be so touched by God’s real presence, they would be compelled to go out and share the Good News with others!” They host monthly events at Catholic churches in Southeast Michigan featuring praise & worship, Eucharistic Adoration, a dynamic speaker and sometimes healing services. In today’s story, one particular man we spoke with at Awaken had some real physical challenges in his life, but thankfully seemed to be open to God’s grace in his life.

The following report comes to us from evangelist John and our Ann Arbor, MI team:

The following report comes to us from evangelist Anne and our Awaken Team in Metro Detroit, MI:

John approached our SPSE table as he was walking into the worship area and wondered if the items were free. We let him know they were, and then chatted briefly about the rosary (he is a cradle Catholic) and he said he would like prayer. He showed me the incision on the front of his neck telling me about how the surgeon went in through the front of his neck to do some repairs on his cervical bones. (He mentioned that he had the best surgeon in the area.) He also mentioned how he was currently staying with his sister while he recovered since he was single and had no one at home. Other health issues were mentioned too. Prayer began with thanksgiving for his sister’s generosity in having John stay with her during this post-surgical period. Having the “best surgeon” in the area was also articulated in the prayer. All intentions John shared were lifted to God.

Praised be Jesus Christ! Many times we have issues that we’d like God to address in our lives, but His focus is elsewhere…generally, our hearts. In the end, that’s what really matters, that our heart is fully with Him. Pray for John and all that endure physical suffering, but more importantly that they (and all of us!) have a true conversion of heart.