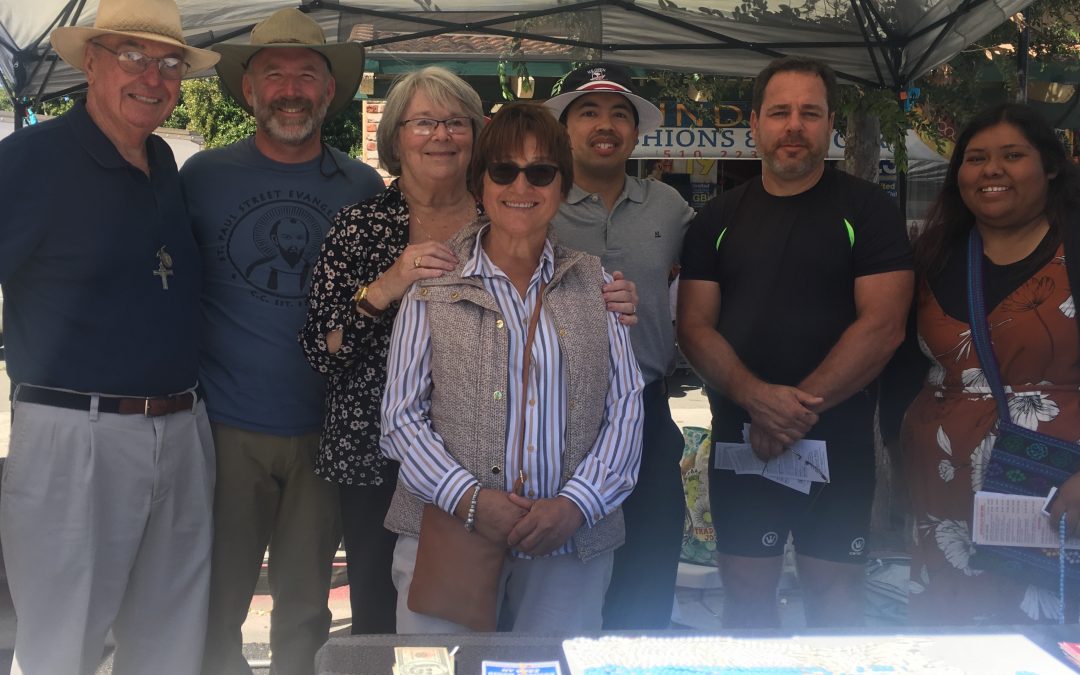 El Sobrante, CA. The 26th annual El Sobrante Stroll is a family-friendly event with a goal of promoting community awareness and to acquaint the community with the services and businesses available in El Sobrante. The main road through town is closed to cars, and it all begins with a parade and features music stages, food courts, crafts, a classic car show, and much more. Attendance is estimated at over 20,000 per year, so it’s a great opportunity to reach many souls for Our Lord.

The following report comes to us from evangelist David and the team in Berkeley, CA:

Click here to read more stories from our team in Berkeley, CA

We had a very large outing at the annual El Sobrante Stroll with seven evangelists working the street and the booth. Our booth was two spaces down from a motorcycle club (whose name I won’t mention) and across from Baptist Church booth. Just prior to the outing, I had received an order of 500 rosaries and we gave them all away as well as the accompanying pamphlets.

There was a lady who at first couldn’t believe that the rosaries were free. After asking her if she knew how to pray the rosary she responded that she did but still wanted the pamphlet on how to pray the rosary. I also asked if she was Catholic and she said she was. I then asked where she went to Mass, and she indicated that she watched it on TV. I invited her to try to go to church because the Mass was beautiful in person. She left and after a while came back looking for me to introduce me to her friend and to ask if she could also have a rosary. They needed to pray for one of their friends because he was diagnosed with cancer. Those rosaries will encourage them to pray even more especially during the difficult time that they are facing. We also took down her friend’s name to pray for him.

There was also a couple that really seemed to like what we were doing but when I asked if they went to church they said they haven’t gone since they left in El Sobrante because they moved to Vallejo. But they did say that maybe is time to go back. And I let them know about masstimes.org where they can always find a Catholic church near them.

Praised be Jesus Christ! Make sure to read part two in tomorrow’s story from the street, where we’ll feature more testimonies from the El Sobrante Stroll.