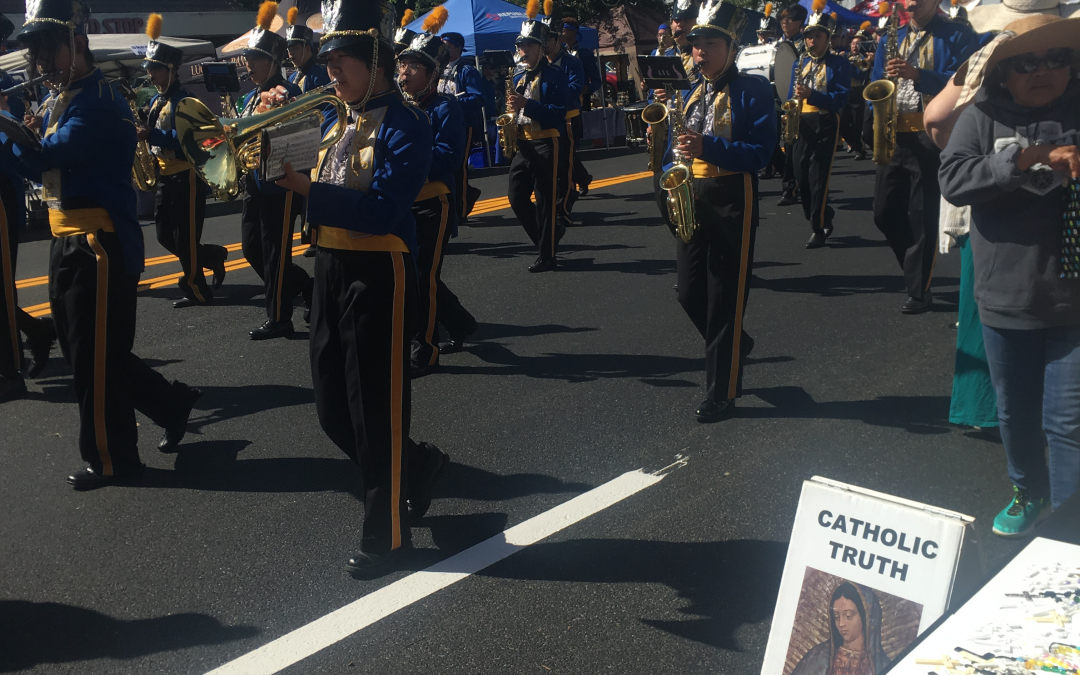 El Sobrante, CA. Many people haven’t heard of the city of El Sobrante, CA. The name is derived from the time when Mexican independence was declared from Spain, and the government gave land grants to be divided among Spanish colonists. “Rancho Sobrante” was the remaining portion, which literally translates to “the leftovers.” It’s fitting that our SPSE team evangelized here since much of Our Lord’s life and ministry took place in small towns like this.

The following report comes to us from evangelist David and the team in Berkeley, CA:

Click here to read more stories from our team in Berkeley, CA

There was a young man who kept looking at the booth from afar but seemed to hesitate to get close to the booth. I don’t know if he was going through something difficult or if he felt melancholy remembering the Church but his eyes had tears. He finally approached the booth when I spoke with him and I said the rosaries and prayer cards were free. He really seemed to like the St. Michael prayer card. After he grabbed the card I asked if he went to church and he said no but his mom went every Sunday. I suggested that he should go with her. When people see us handing out rosaries it reminds them that it’s time to go back to the Church.

We also met with a woman who was a Christian Scientist whose husband was Catholic. They sent their child to a local Catholic grammar school. She told me that they had spent their marriage sticking with their own faiths and agreeing to disagree. I gave her a Why Be Catholic pamphlet and a Catholic Radio card. Her child took a Rosary. Please pray that Catholic unity may come to their marriage.

Praised be Jesus Christ! Make sure to read part three on Monday, where we’ll feature more testimonies from the El Sobrante Stroll.