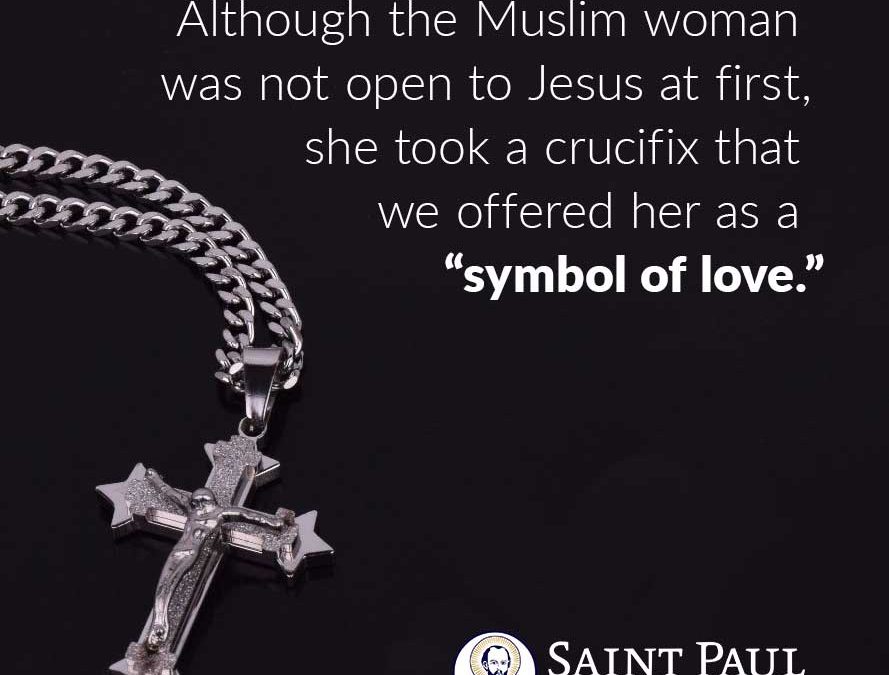 This report comes from John and Lexa with our National SPSE team in Warren, MI:

In an effort to practice evangelizing in the day-to-day, Lexa and John prayed before entering Walmart and asked God if He wanted to share anything with us. John immediately heard an inspiration of “motherhood” and felt that we might encounter or encourage a mother, a father, or maybe call on Mother Mary. Lexa reinforced this thought with her word of “women” and feeling drawn to speak with females today. Nearing the end of our shopping trip, we noticed a woman with a baby shopping in the aisle next to us. We looked at each other, prayed about it, and decided to go over to her. Our conversation started and continued very organically. John initiated the conversation by drawing attention to the baby, “How old is he? What’s his name? Where does that name come from?” and we quickly learned that this woman is native to Berber, Africa and is Muslim. After hearing that she’s here alone, with only her husband and children, and that she was struggling to feel supported with her family being so far away, we offered to pray with her and she accepted our invitation to prayer. Upon beginning our prayer, we had to move our cart away from blocking a second woman shopping in the aisle. The second woman, “Tina” asked if we could pray for her too! She was also a mother. Both women wanted prayers for “peace.” We prayed for both women together. Tina helped us intercede, encourage, and console the first woman. The first woman broke down in tears at the line of prayer when we said, “Everything will be okay.” After praying for peace, and affirming her struggles as a mother, we continued a conversation of faith. We encouraged her to consider Jesus and John gave testimony of Jesus bringing peace through prayer. Tina was there to back us up! And we all agreed on the power of prayer to God. Although the Muslim woman was not open to Jesus at first, she took a crucifix that we offered her as a “symbol of love.”