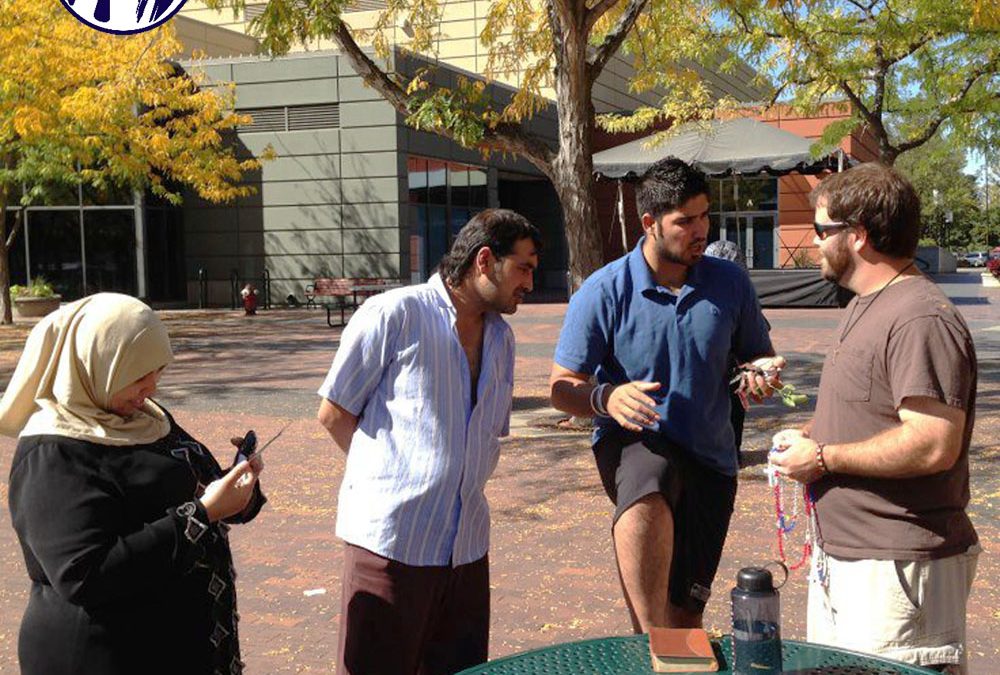 Boise, ID
Click here to find a team or start one of your own!

This report comes from team leader Lucy in Boise, ID:

A security guard working in the convention center came to us for a Rosary. Already Catholic, she wanted to pray it during her long hours on watch. After she left, I suddenly remembered our relic cards of St. Michael the Archangel, and ran to take her one. The guard had already started praying the Rosary, but was very happy to receive the prayer card/relic. May God bless and protect her and all those who serve to protect us!

“Kit”, a homeless gentleman from last week stopped to talk, telling us that he’s flying to Hawaii soon (which seemed odd, considering he’s homeless). He proceeded to extol cultures and religions that still practice human sacrifice, erroneously claiming the Bible approved of it in Jesus’ case. Kit didn’t consider that, although Jesus didn’t prevent his execution, those who decided on his death and those who participated in it were all guilty, not only of murder, but also of deicide. And besides, Jesus’ death was the once-for-all sacrifice, hence there is no further need of human sacrifice, which the Bible repeatedly teaches is especially abhorrent to God. Pray that his eyes are opened to the spiritual dead end he’s following.

A group of four Catholic men stopped when one of them wanted a Rosary. They were from different cities, but had met here for the college football game earlier in the weekend. The man Chuck spoke to was Catholic, but did not own a Rosary, a situation he called “sad”. He added that he thought our being there with a table of Rosaries was “meant to be”! Three of them were choosing a Rosary for themselves when the fourth man pulled out his wallet. I let him know that we didn’t accept donations. “Then I’ll take a Rosary, too”, he said, and put his wallet back away. We encouraged them all to pray it, as well as to get to evening Mass.