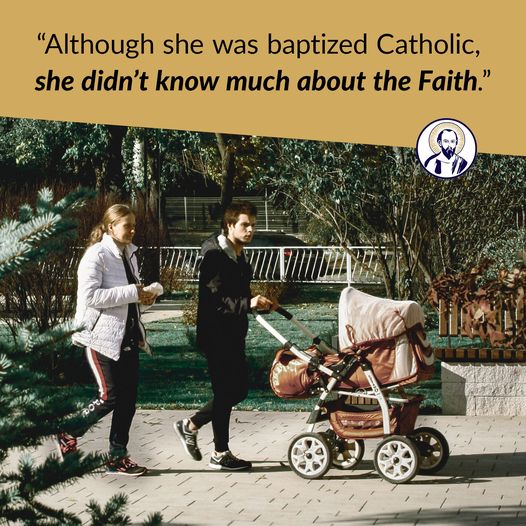 The following report comes to us from team leader Alpa with our Immaculate Conception parish team in Somerville, NJ:

We set up at our usual bustling spot on Main Street and had a grace-filled time. We were able to give away 20 rosaries and 5 or 6 Miraculous Medals. First, we spoke to a young couple who although had fallen away from the Catholic faith, were recently engaged and in the process of getting married in the Church. As part of that process, their pastor required them to go to Sunday Mass. They were happy for us to pray for their upcoming marriage. Another young couple stopped. They were married with a newborn who was having trouble nursing. Thankfully they were practicing Catholics and asked us for prayers for their daughter. They also thanked us for being out on the street and offered to buy us coffee and water!

Later we spoke to a Spanish speaking mother and 5 year old daughter. Although we had challenges communicating, we found out that they are fellow parishioners and we prayed with them. We also spoke to Hispanic gentleman and he asked for general prayers, so we prayed with him. We spoke at length to a young woman who was just starting to live independently after being in a group home. We prayed with her and although she was baptized Catholic, she didn’t know much about the faith. We offered her some SPSE pamphlets and gave her our contact information.