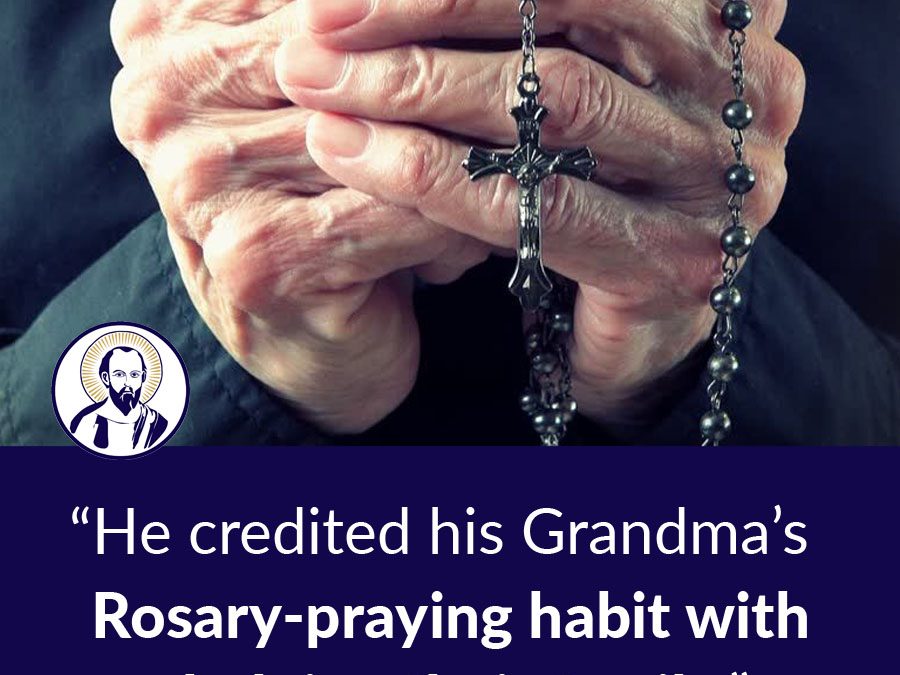 A man named “Brian” came to the table with an odd story about a Crucifix that disappeared. He had been raised Catholic, but had quit because he married a non-Catholic. He said he was in town because he was in rehab, but that he didn’t actually need it. He credited his Grandma’s Rosary-praying habit with helping their family but that, when she died, the family “fell apart”. We told him this was his opportunity to take up her prayerful work and we encouraged him to go to Reconciliation and get back to receiving the Lord in the Eucharist. He said that had been on his mind, too, and he selected a Rosary. We gave him a “Come Home” and a “Primer for Confession” pamphlet as well as a map to area parishes. Pray for Brian’s reconversion and recovery from addiction.

While Chuck was talking with Brian, I gave away Rosaries to a group of 3-4 teenage girls. (I also gave a copy of the kerygma to several people during the session who told her they weren’t Christian.)

The parents of three children declined our offer of a free Rosary, but one little boy ran to the table anyway. We told him he could have one only if his parents said it was okay, and we assured the mother that they were free. She then told her son, “These are about God and you don’t know about God because you don’t know yourself yet. When you get old enough to know yourself then you can decide about God.” Lord, have mercy on those parents, and fill those children with the grace to seek You.

A man wearing red, video-game-inspired sunglasses was walking two dogs that were each in costume. The man had picked up a Rosary from us last week, but stopped when we commented on his dogs’ costumes. He tilted his head when we asked if he had prayed the Rosary, then said he had read all the material we gave him and it had given him lots to think about. He did not elaborate. Keep turning his thoughts to You, Lord.