“Building the Body of Christ” 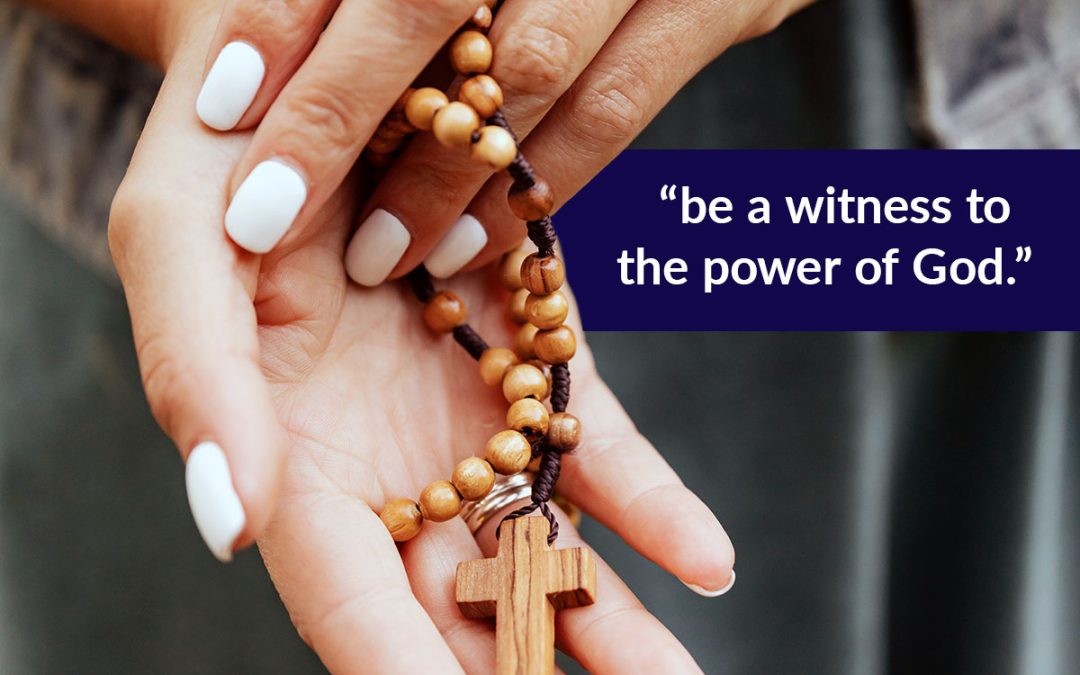 Our presence empowers fellow Catholics to talk about Faith concerns. For instance, a Catholic man walking by commented on our faithfully being there every week. On his way back, he again commented on our being there, no matter the weather. Evidently, he walks past us often. This time, he stopped to share his story. A devout Catholic who loves Mary, he’d been invited on a pilgrimage halfway around the world. The trip had a profound effect on him, drawing him closer to Our Lady. In our discussion of Marian apparitions, he expressed concern over the Pope’s fulfilling of Mary’s request at Fatima to consecrate Russia. I was able to cite from the Vatican website that the Fatima seer, Sr. Lucia, had been granted word after Pope St. John Paul’s consecration that “Heaven has accepted” and the matter is at rest. He was grateful for the news. Since Russia is still troublesome, the evangelist told him she thought it was because she continued to spread her errors during the forty years before the consecration. Errors are insidious and harder to reverse than prevent. Our visitor then told us of his plans to retire in a couple of years and move overseas near a famous Marian site to undertake some major pilgrimages there. Lord, may your son grow in faithfulness and holiness, and be a witness to the power of God for everyone he meets.

From a group of four passing women, one came to the table while the others kept going. Our visitor wanted to get a Rosary for her mother, who was in the hospital and not expected to live. She said her mother was Catholic, but did not say what she herself believed. She was, however, going to visit her in the hospital that day. We convinced her to get a Rosary for herself, too, so she could pray it with her mother. She picked out two Rosaries and, just before she rushed away, I gave her a Divine Mercy prayer card and asked her to pray the Chaplet in her mother’s presence. Pray for the peaceful repose of our visitor’s mother and for the comfort of Faith for both women.

A group of college-aged teens paused briefly on their way into the convention center. One young woman held back to proudly proclaim her Catholicity and that she was looking forward to getting married in the Church. Was there a young man already in the picture? No. I encouraged her to ask for St. Joseph’s and St. Anthony’s intercession.

Altogether, the two evangelists gave away 20-25 Rosaries and its pamphlet, as well as one Divine Mercy prayer card.