“Evangelizing at the Christmas Pageant, Pt. 2” 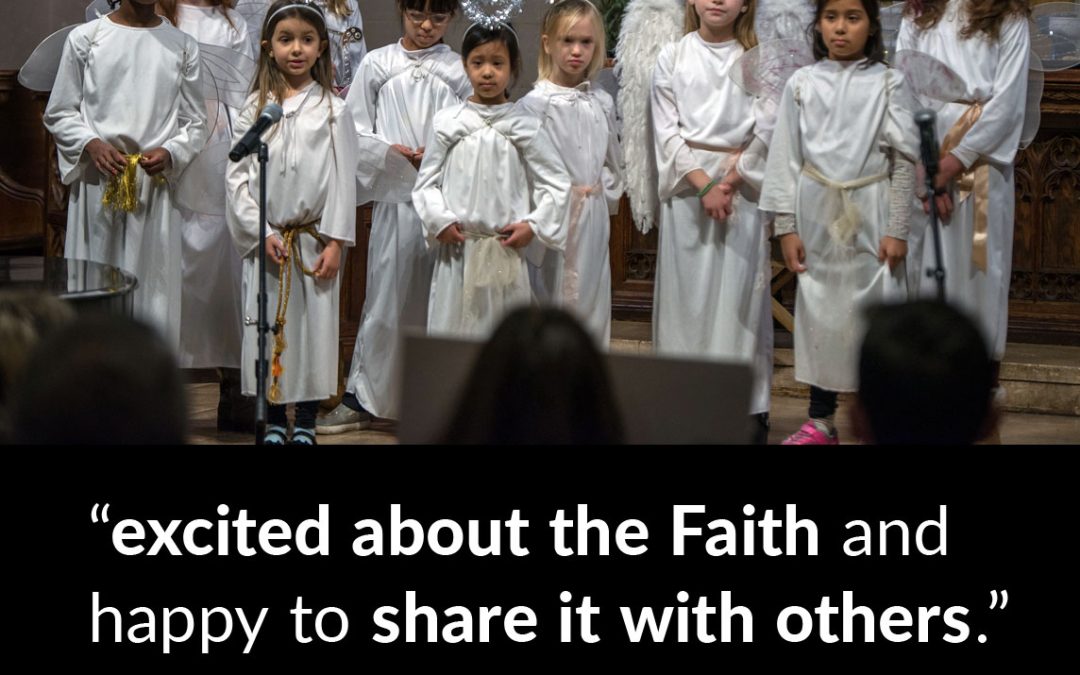 This report comes to us from our team in Joliet, Illinois. Team leader Nick writes:

I was able to pray with a few of the children coming up to the table, and they were very selfless in asking for prayers for sick relatives and loved ones. Another woman came up who said she belongs to a parish in the Chicago archdiocese. She was surprised to see us out evangelizing, and said more Catholic Christians need to do this. She took several pamphlets, and asked whose image was on the “Faith Alone?” pamphlet. I told her that it was Martin Luther, who had erroneously taught that one was saved by “faith alone”. I told her that specific piece of literature helps us to speak more intelligently to our separated brethren, and encourages us to defend our Catholic faith. She was very appreciative of that, and took one of those pamphlets. Another man took virtually everything we had, from “The Problem of Suffering”, to “The Bible Alone?”, to “True Worship and the Eucharist” as he said he had a “three hour car drive and needed things to read”. Praise God we were able to help so many! What was truly unique about this event is that we had an opportunity to reach the “low hanging fruit” of those that may already be in our pews, or have a closer connection to the Church than those we may encounter on the street at one of our regular events. These brothers and sisters of ours must be built up as well so they can be effective evangelizers in their words and actions. Iron sharpens iron!

I had a conversation with a woman who said that we need more people to start praying and talking about God. She said God doesn’t care about how nice your clothes are, or how many guns you have, God will be the ultimate judge and we need to start preparing ourselves now. She said that it was very refreshing to see people who were excited about the faith and were happy to share it with others.
Anthony, an evangelist, adds:

Another woman approached me and asked me if this was a Catholic organization. I said, “Yes, it is”. She was very happy to see that Catholics were evangelizing because she’s never seen a Catholic group going out and spreading the Gospel. She said the issue is that family’s don’t talk about God, so when kids grow up they don’t know anything about the true faith. So it’s easy for young people to be influenced by Jehovah’s Witnesses and Protestants because you usually see them evangelizing in public. She said we need more Catholic Christians who are on fire for God and have a desire to evangelize because we are losing to other ‘Christian groups.’