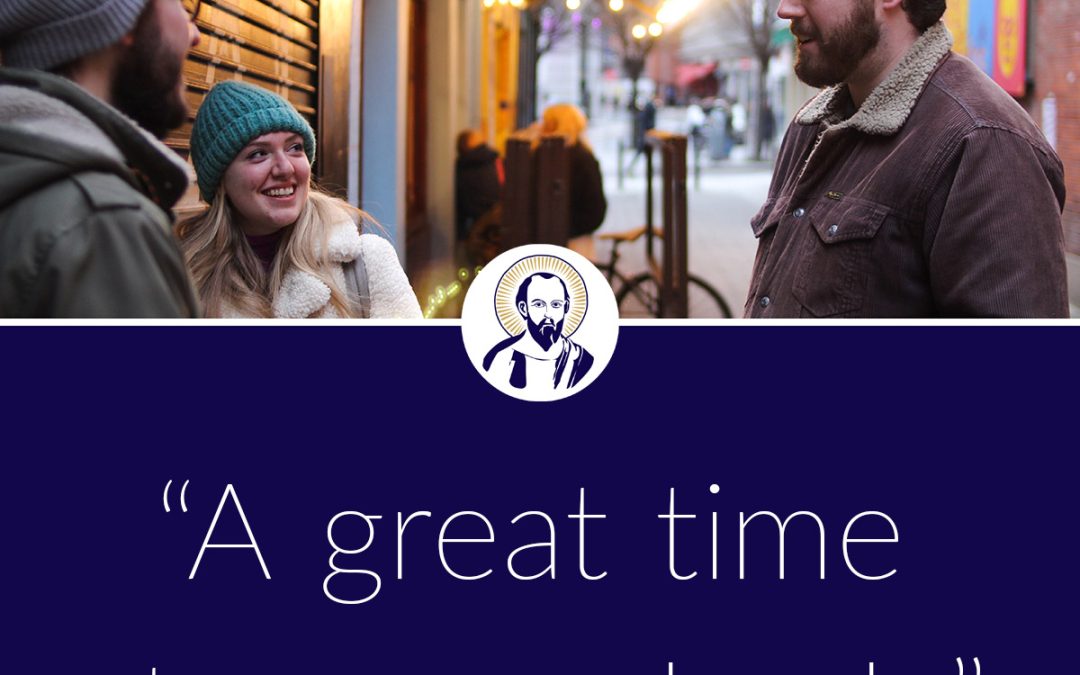 The following report comes to us from team leader Heather with our St. Maximilian Kolbe parish team in Delano, MN:

O, the temperature outside was frightful, but the evangelization, so delightful…

The St. Maximilian Kolbe SPSE team recently launched at Delano’s Old Fashioned Christmas. The sun was out, but it was a chilly 10 degrees all afternoon as six missionaries paired up and manned an hour at our parish’s table among the local artisan vendors.

We found the introductory method of SPSE to be very helpful. Every hour, one of us offered rosaries and the other offered Miraculous Medals or crucifixes. As people walked by, we’d ask if they wanted a rosary or Miraculous Medal. People would respond with a polite, “No, thank you,” or, “I’m not Catholic,” and continue on their way. But other times, people would stop, especially at the offer of a Miraculous Medal because they didn’t know what it was. That gave the missionary an opening to describe Mary’s apparition to St. Catherine Laboure and see where the conversation went from there. None of the conversations were long because it was cold outside so people were looking to keep moving, but we still had some great encounters.

Here are a few testimonies from the afternoon.

One woman stopped and asked if we were from St. Joe’s or St. Pete’s. She had grown up in Delano and had gone to one of the parishes. After explaining that the two parishes were now one, the missionary asked where she lived now, since it was obvious she wasn’t living here anymore. She said where she had moved about six months prior so the missionary asked which parish is down there. She didn’t quite know the name and said she hadn’t connected with the parish yet. The missionary encouraged her to consider coming back to church since the Advent season is a great time to come back and she thanked the missionary for the encouragement, saying her daughter would appreciate it too.

A single father and his two daughters stopped by the table, attracted by the rosary offer. It turns out he was raised Baptist and, in his words, “had stepped foot in every religious building there was” on his life’s journey. He allowed his daughters to get a rosary and took one for himself, along with a pamphlet on how to pray the rosary and one on “Why be Catholic?”
We also met faithful Catholics who were grateful we were out evangelizing and thanked us for being out there.